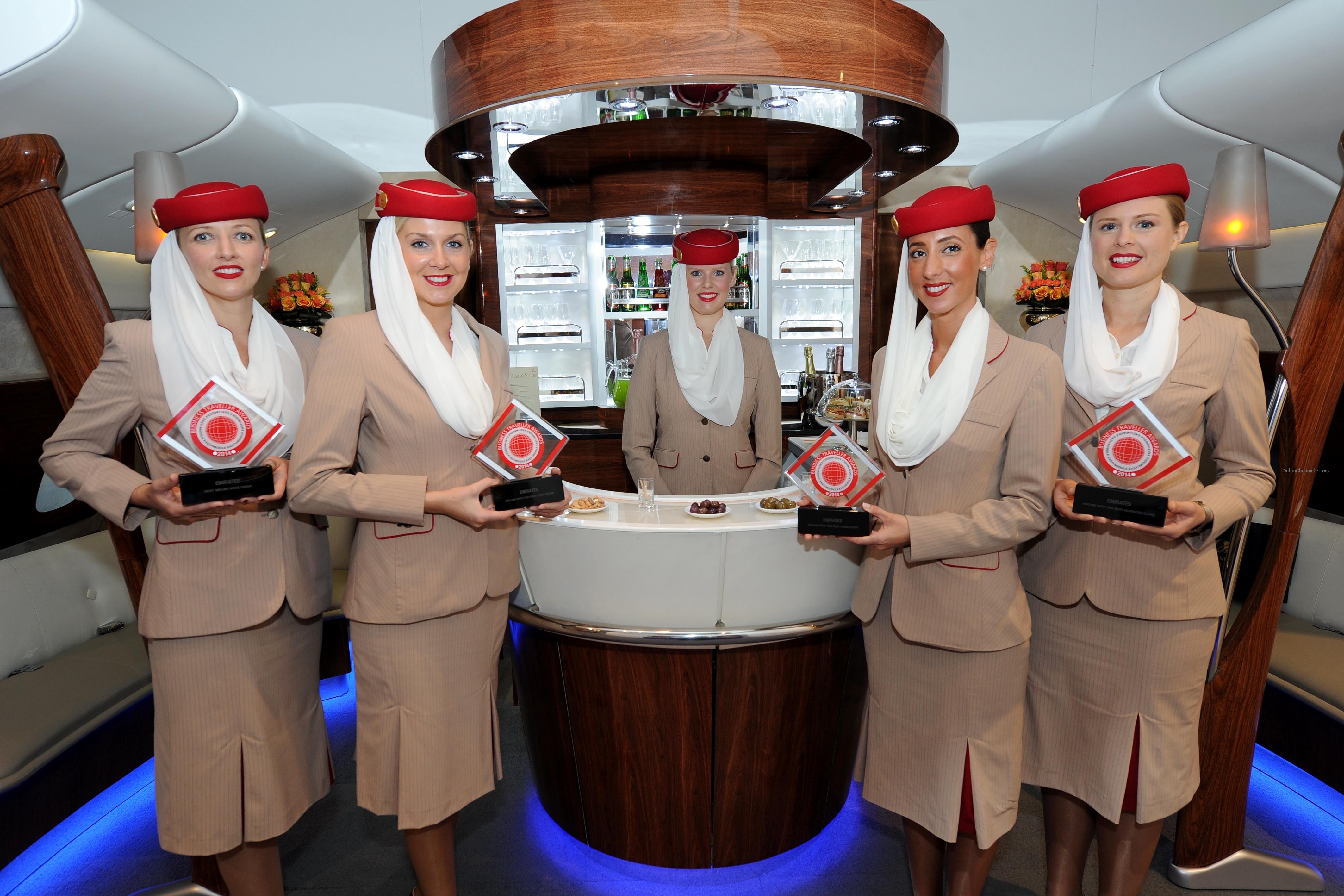 Emirates won four accolades last night at the Business Traveler Middle East Awards 2018. The airline was crowned Best Airline Worldwide, Airline with the Best Business Class, Best First Class Airport Lounge in the Middle East and Airline with the Best Cabin Crew – a testament to its commitment to meet and exceed customer expectations in the air and on the ground. Emirates has won Business Traveler Middle East’s Best Airline Worldwide award five years in a row.

The awards celebrate the region’s best in business travel and hospitality and the ceremony was attended by key travel industry executives.

Thierry Antinori, Executive Vice President and Chief Commercial Officer for Emirates, said: “It’s an incredible honor to know our customers appreciate the experience we deliver and Business Traveler Middle East’s recognition demonstrates our commitment and efforts to provide exceptional service, while continuing to build on the products our customers have come to know and love. We would like to thank our employees who work hard day in and day out to deliver the best experience possible to our customers. To receive the award for ‘Best Airline Worldwide’ five years in a row is truly gratifying, and we don’t take these awards lightly, and will continue innovating to remain ahead of the game and ensure we always deliver a consistent experience throughout the customer journey.”

Emirates has launched a number of significant product and service enhancements over the past year. The airline recently launched its game-changing, fully enclosed private suites inspired by Mercedes-Benz in First Class that have floor to ceiling sliding doors, sleek design features, soft leather seating, high-tech control panels and mood lighting.

On its existing 10 aircraft of Boeing 777-200LR, Emirates invested over US$150 million to refurbish its fleet. The Business Class seats are now even more spacious – reclining to a fully flat sleeping position with several lighting options and a mini-bar. The airline’s award winning in-flight entertainment ice now offers over 3,500 channels, including over 700 movies from around the world and regionally inspired cuisine is offered on-board across all cabins.

Emirates enhanced A380 Onboard Lounge features an airier look and feel, reconfigured seating arrangements around the iconic bar with private yacht-inspired décor, as well as new high-tech touches.

Emirates’ state-of-the-art First Class Lounge facilities at Dubai International Airport Concourses A, B and C – boast a total seat capacity of over 2,500. Concourse B lounges recently completed a US$ 11 million makeover, serving premium members the highest standards of comfort. The airline also expanded its global network of lounges to 41 dedicated Emirates Lounges in 2017.

The airline’s international team of over 23,000 cabin crew come from over 135 countries, and speak more than 60 languages. Crew members are trained to provide the very best inflight service and Emirates on-board experience.

Earlier this month, Emirates was awarded the Best Airline in the Middle East in the 2018 Trip Advisor Travelers’ Choice® Awards for Airlines. In addition to clinching the region’s top award, the airline also garnered 4 other awards including Best Economy Class Middle East, Best First Class Middle East, Travelers Choice Business Class – Middle East and World’s Best Airlines – Top 10.The award was based on thousands of reviews Emirates received from the Trip Advisor community over the past twelve months.

Emirates is the world’s largest international airline, with an extensive network that has grown to offer its customers a choice of 159 destinations in 85 countries across six continents. It operates one of the world’s youngest modern wide-body fleets, and is the first and only airline in the world to operate a fleet of all Airbus A380 and Boeing 777 aircraft for its passenger flights.