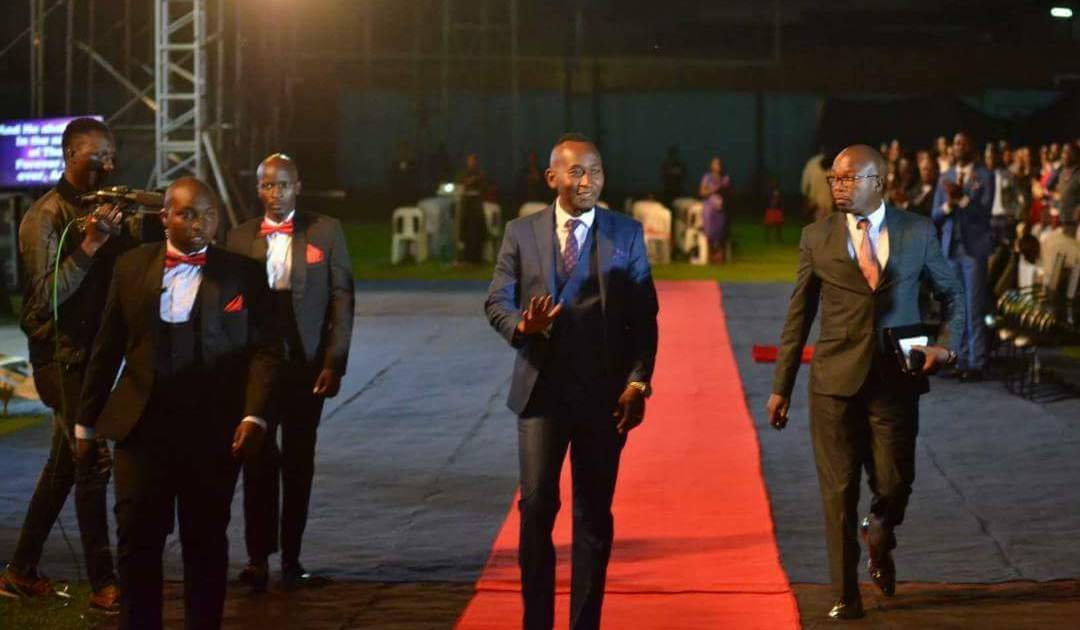 Join the sentences starting with: “No sooner……”

That was my nightmare English puzzle in primary school. Every wrong conjunction attracted a fresh round of strokes.

‘No sooner had Nathan entered class when…’

I tried everything; ‘No sooner…before, after, then…’

My backside was aflame when I finally landed on the correct answer, and felt like a lottery winner. Yet for all those strokes, I never really found use for such baroque sentence construction in my adult interactions, until now.

No sooner had the IGG Justice Irene Mulyagonja drafted, may be crafted is a more appropriate word, the letter expelling Zoe Ministry from the Cricket Oval, than the president, in his State of The Nation address, declared both her and her department incompetent, and announced plans to have a parallel body.

When that body is set up, it should start its investigation with the IGG whose sudden efficacy is baffling to the people who have known her office to be indolent and bordering on irrelevant, as even the president noted.

Broadly speaking, her letter stopping Zoe assembly at the cricket oval doesn’t overstep jurisdiction — the law gives the Inspectorate far-reaching prerogative — but her cavalier directive fell abysmally short on the set boundaries of ‘natural justice’ enshrined in the same law.

If the IGG dealt with matters of fraud and abuse of office with the same haste and highhandedness she reserved for Zoe Ministry, Uganda would be at the tail-end of Transparency International’s ranking of the most corrupt countries. As it is, we are at the very top or thereabout.

But her actions are symptomatic of all the problems that have bedeviled this Republic: solemn matters are trivialized and trivial things are treated with solemnity. Also personal vendettas take precedent over any law or principle.

Right now, even as a Member of Parliament is being laid to rest in West Nile, his killers no nearer being found than those who poisoned CerinahNebanda, another legislator whose life was cruelly cut short six years ago, it looks like the biggest problem inundating our country is some hallowed grass in Lugogo. The same grass that has suffered several years of unabated abuse but suddenly gained ‘national treasure’ status after Prophet Elvis Mbonye and his flock set foot on it.

Let me first get something out of the way. Whoever even remotely believes that the IGG’s sudden transformation from a sloth into a cheetah has anything to do with protecting a cricket surface has probably been eating more plantain than the lady who holds the office. As with everything in Uganda, there’s a story behind the story. But before I get to the conjecture, let me first deal with the facts.

The National Council of Sports Act [Section 2(6)] states that: “The Council has power to purchase, hold, manage and dispose of property and enter into such contracts and transactions as may be expedient of the NSC. The same act also states [Article 4(6)] “…..the Council has the sole management of property of the Council.”

Therefore NCS did not overstep their enshrined powers in entering a contract with Zoe Ministries, or any other occupiers of those facilities, and the IGG’s interest, if it were legitimate and not vendetta, shouldn’t extend beyond questioning the use of the money acquired. But this was never about the law, and we all know that, neither is it about cricket.

Behind the IGG’s swiftness is an invisible hand that is no longer so invisible. A certain lady whose antipathy towards Prophet Mbonye is only matched by her abhorrence for a certain female Makerere University lecturer with a penchant for nudity and obscenity.

It is that visible ‘invisible hand’ that has followed Prophet Mbonye throughout the years, starting from AYA’s Pearl of Africa hotel where Zoe Ministry first became a national phenomenon. It all begun with a request to address the Fellowship, ostensibly so she can keep up her born-again charade that has fooled people for years, but the request was curtly turned down. After so many sweeteners (we shall reduce the ground rate, give you security blah blah), were also turned down she learnt that some men of God cannot be fooled or controlled.

But this lady is so accustomed to having her way and will not take rejection lying down.

She has hounded the ministry since, through their time at the Independence Grounds in Kololo, through their brief sojourn at the national hockey grounds in Lugogo, and now she is back to haunt, literary. She has mustered the art of covert warfare. She will use any instrument of government to squash her enemies without ever showing her face. The IGG is not the first and neither will it be the last office to be used by this woman who makes the Biblical Jezebel look like a Sunday School music teacher. Other offices are being lined up for the same purpose.

Joseph Kabuleta is the founder and pastor of Watchman Ministries.