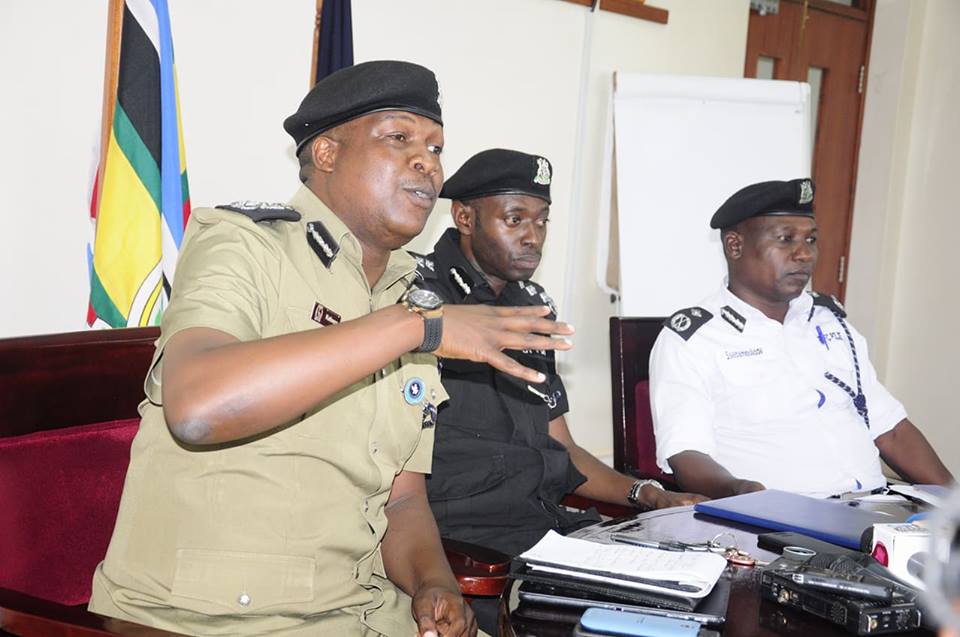 With the 2010 Kampala Bombings still fresh in people’s memories and intelligence reports pointing to extremists planning such attacks, Uganda Police Force and other sister security agencies have vowed to leave no stone unturned to ensure the security of the football fanatics.

As demonstrated during the African Cup of Nations Qualifiers, Uganda’s already high security standards have been and are continuously adapted to meet the specific needs of such major sporting events.

Keeping the possible threats in mind, various security agencies have drawn up plans of guarding the entertainment venues and traffic routes used by soccer fans.

While speaking before a press briefing at Naguru Police Headquaters, Kampala Metropolitan Police Commander CP. Moses Kafeero Kabugo said that the security situation has been very much front and centre of World Cup Games and police shall continue to review all procedures to guarantee everyone’s safety.

Mr. Kafeero called upon revellers to ensure personal security at their homes, be vigilant regarding stray bags, people whose attention is more on phones as the matches are ongoing, suspicious people wearing heavy jackets in crowded places and objects like abandoned bags.

“The long await is over and the World Cup kicks off this Thursday. If we allow history to repeat itself then we haven’t learnt anything,” Kafeero said.

SCP David Wasswa, head of counter terrorism intelligence and technical services also assured the public that counter terrorism teams have already been deployed to sensitise venue owners on the security expectations during this period and called upon maximum cooperation.

He said that this will be geared at minimizing accidents caused by excited careless drivers.