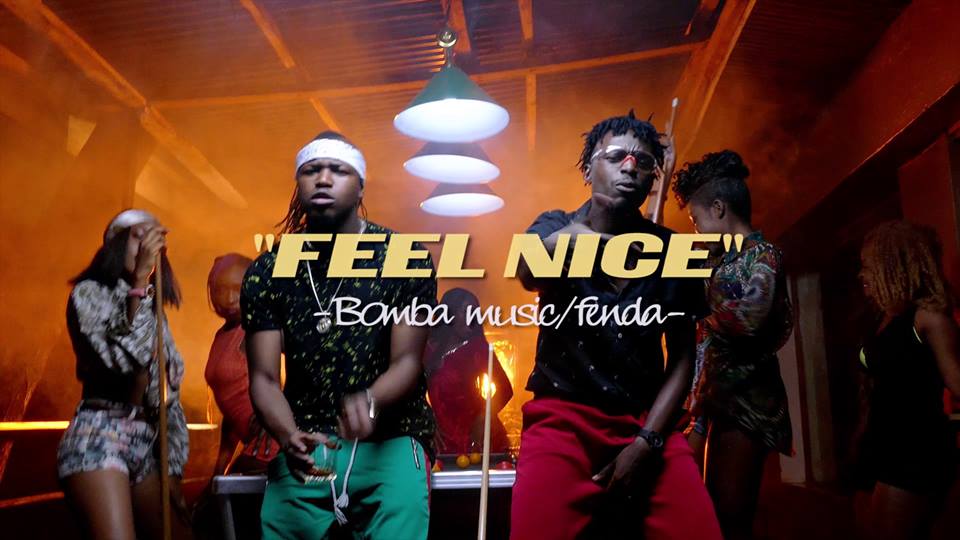 Tyler Himself is behind songs like, “Some Mo”, “Njagala”, “Handle Sikusobola”, “Bali Badem” and “Tuula Wansi” among others.

The singer teamed up with Slim Prince in “Feel Nice”, which was produced by Bomba Music at Fenda studio.

“Feel Nice” has since its release received a warm reception from fans that have listened to it and watched its video.

The video of the song, which was directed by Hasz Media, already has over 100,000 views on YouTube in the few days of its release.

Who is Tyler Himself?

TYLER Himself is a Ugandan musician and song writer that started out 2010 in the United Kingdom.

Born in Kampala, Uganda, he grew up under strong musical influences of Buju Banton, Shaggy, Shabba Ranks and later Sean Paul. Tyler’s career kicked off as he was pursuing his undergraduate degree at Coventry University in the Westmidlands before later moving to London. Coventry being a student-populated city, he enjoyed a lot of support from University students as he performed in clubs, festivals and local shows.

Tyler Himself as an emerging brand, is signed to Xtreme Entertainment and has performed on the same stage as renown acts like Konshens, Sean Paul, Mavado, Wizkid, Timaya, Demarco and Wayne Wonder to mention but a few. He has also had chance to do international collaborations with Nigerian, Ghanaian and Grime artistes.

Tyler broke into the limelight in London when BBC radio featured his first single “Rags to Riches” and later releasing Tight skirt the remix that received massive reception in countries like Japan, Malaysia, Kenya, Rwanda, Cyprus and Cameroon to mention but a few.

Best known for songs like “Bali Badem”, “Back it Up”, “Tuula Wansi” and “Vixen” among others, Tyler is one of the fastest rising regional and worldwide Dancehall artistes.

Tyler is currently completing his highly anticipated debut album, “Patois Mixtape The Album” set to be released in this featuring five international and five local artistes.

For the young talented artiste, the sky’s the limit.