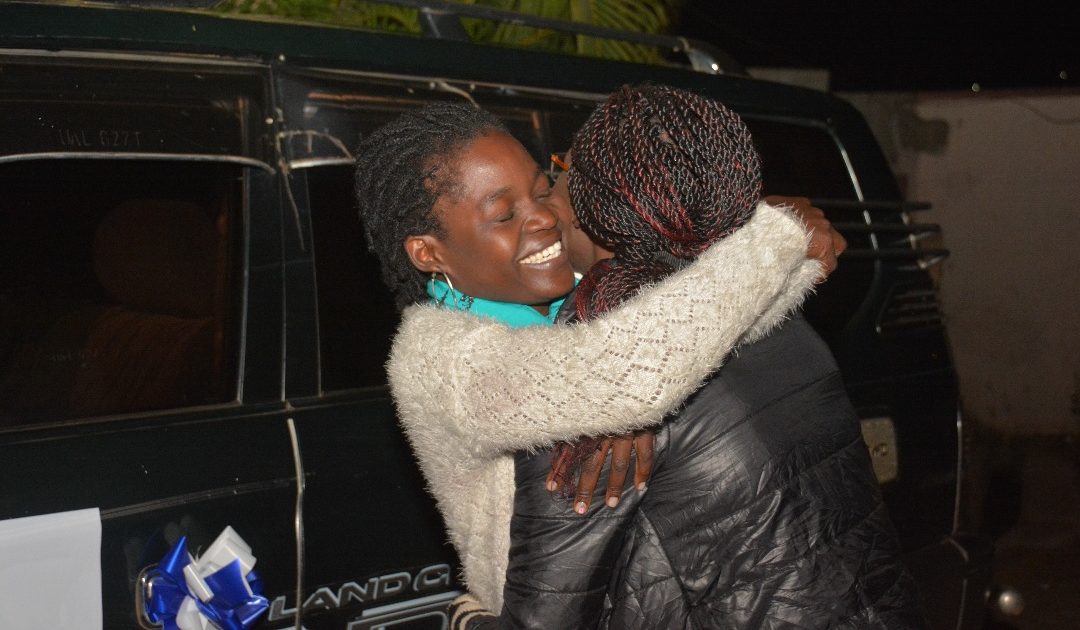 Thirty (30) lucky employees of Development Channel last night walked away with brand new Special Utility Vehicles (SUVs) in the second give away of vehicles in appreciation for staff dedication and good service to the company’s ever group clientele.

Two weeks ago three dedicated and best performing members of staff were rewarded with an SUV each which brings the total number of SUVs so far given away to 33.

Development Channel, Chairman, Mr. Charles N. Lambert handed over the branded SUVs with a company logo to 30 selected members of Development Channel staff at Sports View Hotel in Kirekka. Visibly excited staff could not not hide their praise for the Chairman and were heard Praising God and blessing the Chairman.

The first three beneficiaries of the SUVs; Conrad Othieno, Francis Phillipa and Alice Apio were also in attendance at a ceremony witnessed by other members of staff.

Conrad Othieno one of the beneficiaries of the vehicles said he joined Development Channel in January this year. “Am so happy that after meeting my given targets, I have been given a car for my hard work, this is shocking and I did not expect it since there are other people that have been here from day one but see I have been blessed to receive a vehicle from the Chairman himself,” he gleefully adds.

“I started on the single mother’s program and later got involved with the company’s marketing team. Due to the given target, I was forced to leave office to find quality analysts and by God’s grace I achieved the target,” Apio sai. She promised to manage and surrender her time and efforts to the entire staff of Development Channel. 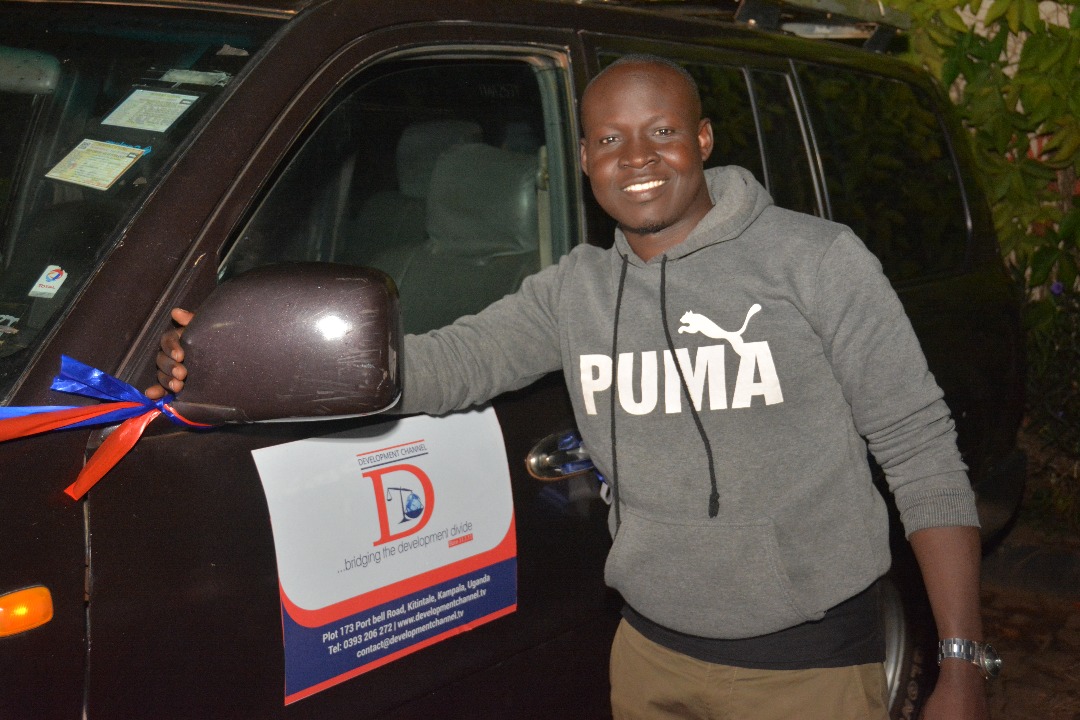 Phillipa Francis was all praises for Development Channel saying with its liberal emploment policy that does not lay much emphasis on academics but ability and discipline, Phillipa hopes to get very far.

When asked how she managed to beat others to the car, Phillipa says; “I always listened to Chairman and when he says make two sales of tablets, I make sure I achieve the targets and I have gained sales confidence. My advise to everybody who wishes to get a car they should work hard and meet the set target. Phillipa said adding that it feels good to be rewarded and not with anything but a car.

Development Channel staff could not contain their excitement seeing after the Chairman Charles N. Lambert  called out their names. Staff sat through the evening col to witness the handover of the SUVs.

“Giving out cars is possible and can be done in Uganda. I will continue giving out cars until it becomes normal in Uganda. To fight an Economic War you need to live a particular kind of life, where having a car is a normal thing.” 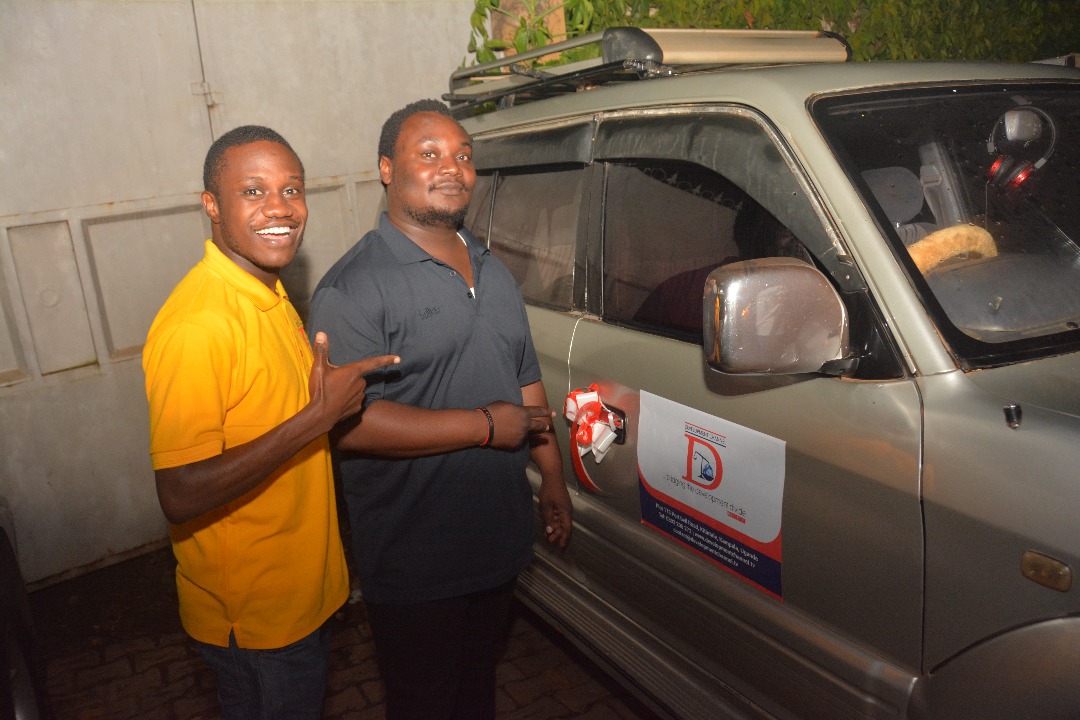 Some of the new staff were given cars for exhibiting exceptional performance.

“By December we must have started building factories, houses and change the livelihood of every staff member at Development channel. That’s why when we give you much, we expect more from you. We empower you as much as possible and you deliver, so in this company we follow the principle of giving you something and you give back,” Lambert remarked.

Ever since its inception Development Channel has given over 400 computer tablets to its staff for free. Some children of staff have been given free kids tablets to give them an early exposure to the computer for early exposure.

The company has also given its management with upscale apartments.

The principle of compassionate capitalism is truly being implemented in Development Channel as initiated by the Chairman, Charles N. Lambert. 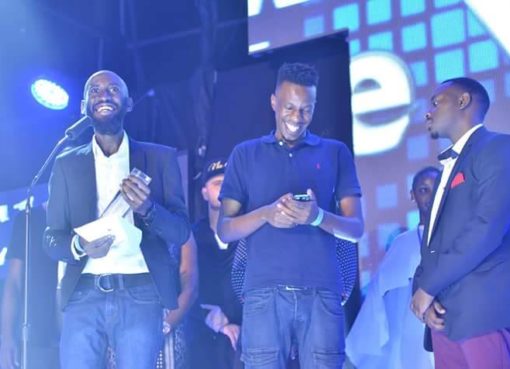