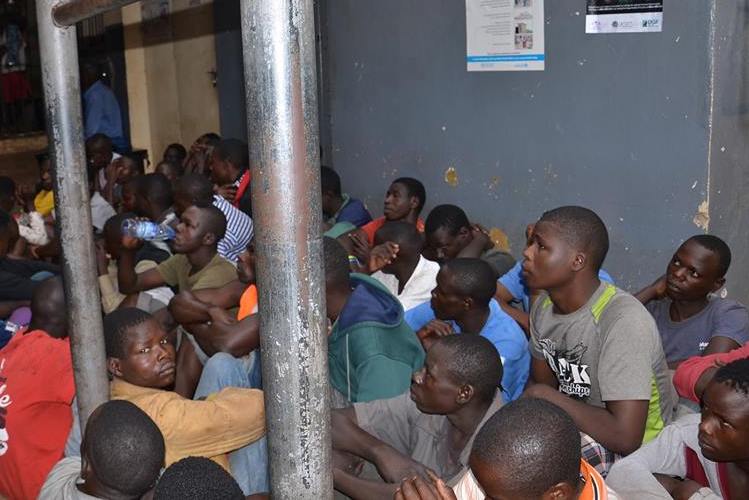 A total of 2,321 people have been arrested in Kampala on suspicion of involvement in crimes such as robbery, counterfeits and drug abuse and distribution in the last six weeks.

The operation in which several suspects were netted was commanded by Kampala Metropolitan Police Commander and Commissioner of Police Moses Kabugo Kafeero.

CP. Kafeero, flanked by his deputy ACP. Denis Namuwooza, and other commanders launched a one-week clampdown on street robbers, which led to the arrest of 1,300 suspects in a single night.

CP. Kafeero says the operation follows public complaints about criminals that victimise both pedestrians and drivers, especially during peak hours.

“There were many complaints from the public about these criminals targeting them in traffic jam.

Criminals snatch phones, wallets, and other valuables from unsuspecting drivers, pedestrians and passengers. We cannot just look on as residents cry. We are determined to arrest and charge these criminals,” CP. Kafeero says.

Police says, “some criminals place knives and other rudimentary weapons on pedestrians’ ribs or necks before they force them into building corridors from where they are robbed clean.”

CP. Kafeero has vowed that such people will be wiped out of Kampala by use of intelligence, covert and overt operations.

“Why should a people be threatened,be on tension because of criminals and fear to walk on Kampala streets? We shall slowly deal with these criminals until the city is safe,” CP. Kafeero said.