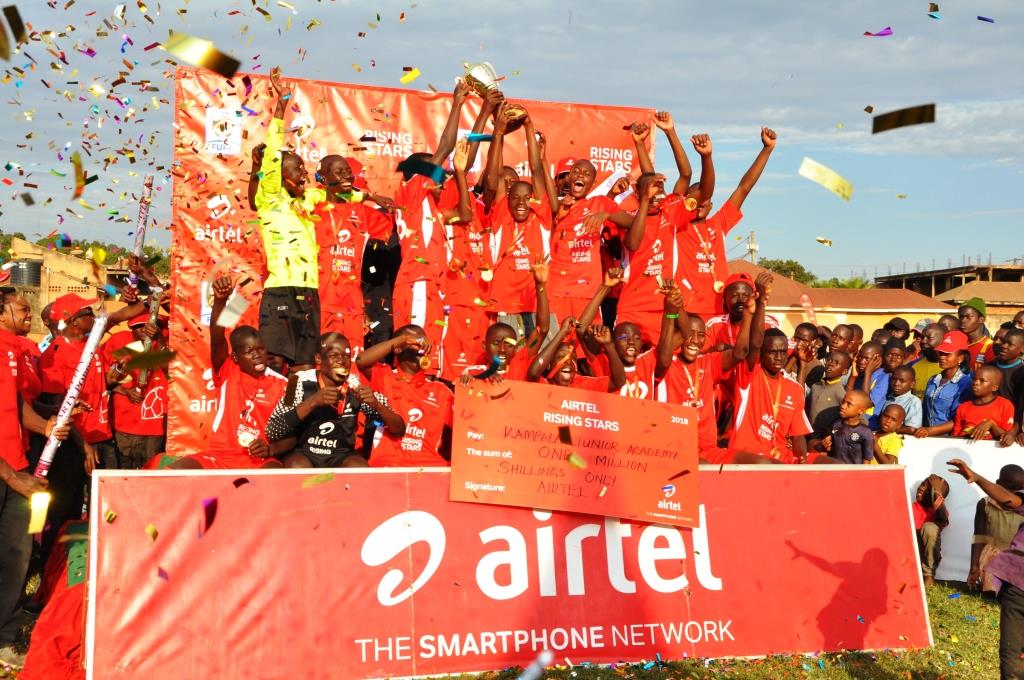 Residents of Kampala and surrounding areas were treated to an exciting weekend when central region-based teams competed in the Airtel Rising Stars regional tournament held at Ssendi playground in Kabowa.

Speaking at the end of the regional games, Airtel Uganda’s Head Brand & Communications Ms. Remmie Kisakye said the ARS platform, over the past five seasons, has been a medium of talent discovery for young stars, some of whom have gone on to play for different clubs in Uganda as well as the national team.

“Since its introduction back in 2011, Airtel Rising Stars has played a major role in the nurturing of remarkable talent. We are proud to see that the Airtel Rising Stars initiative has established itself as a strong feeder program for the national team,” she added.

FUFA delegate and Guest of Honor Mr. Chris Kalibala applauded Airtel Uganda for establishing and sustaining this program that has benefitted Ugandan youth across the country.

“We are lucky to have companies like Airtel Uganda that spend time and financial resources on developing the Ugandan youth not only through employment but also through passion points like football,” he noted, adding that football is a uniting factor for Ugandans across the country and gives the players income to better themselves and their communities.

The Airtel Rising Stars program started in 2001 with an aim of developing grassroots football by encouraging and nurturing the youths’ football skills and providing them with the opportunity to evolve and acquire new football techniques that will turn them into distinguished soccer talents.

Over the weekend, talented boys and girls were selected by FUFA scouts to represent the central region in the national finals that will be played in Fort Portal in August this year.