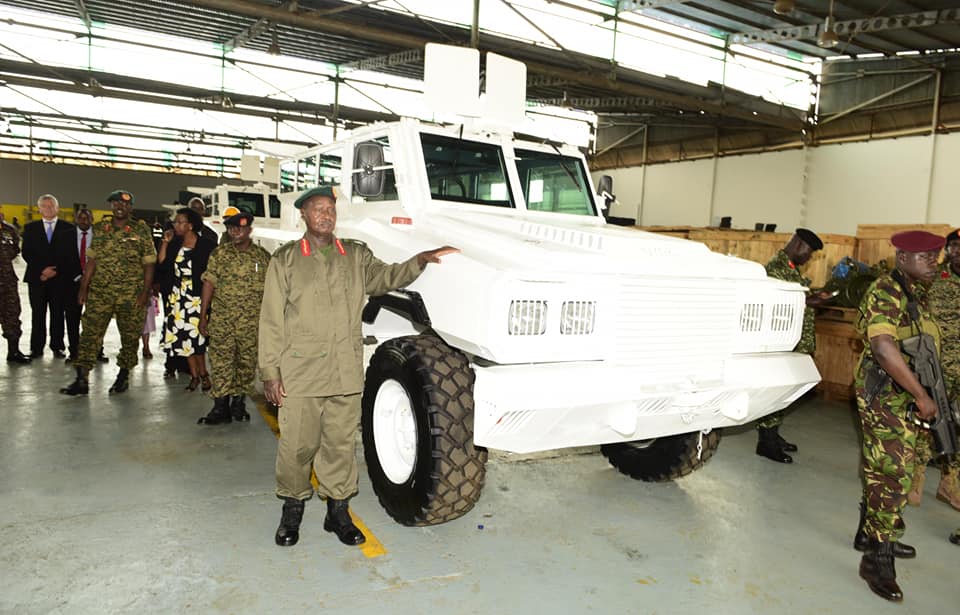 The President made the remarks at the commissioning of Nyoka Convertion Project in Magamaga Barracks in Mayuge District.

“I am glad now after a long period of sleep, Africa is waking up because such work is a result of no sleep” Gen Museveni observed.

He added that “NYOKA” vehicles with a ballistic protection that can withstand a single anti -tank mine blast anywhere under the hull, are made from steel which Uganda has and that very soon a factory in Tororo will be making new steel from iron ore.

The President promised to look into the economies of making iron steel here as opposed to buying from Sweden.

He pledged to work tirelessly to see that other industries such as Luwero Industries can combine ideas for better output and form a bigger industry which can employ more Ugandans.

Impala Service and Logistics Limited of South Africa was commended for choosing to partner with UPDF and the President urged them to maintain such a wonderful working relationship.

At the same function, the Chief of Defence Forces Gen David Muhoozi also commended the Commander in Chief for being such a guiding star for UPDF and doing a very commendable job towards the professionalization of the Army.

“We have skilled our soldiers and we hope to upgrade,” he said.

The CDF also promised that the Army will soon construct a Marine .