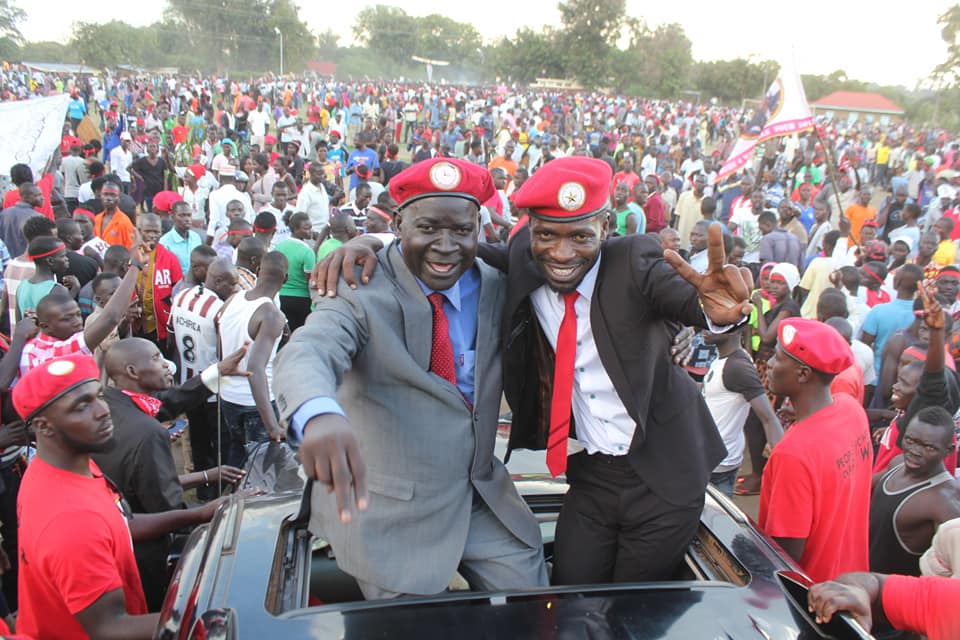 MY MESSAGE TO THE PEOPLE OF ARUA:

I come here today after thinking so hard for so many days. I was supposed to be here much earlier in the campaigns but I am here only a few hours to the election. It is not that I was not thinking about the Arua Municipality election, it is because the election in Arua is a unique one.

In the recent weeks, you have been reading in the news about the divisions in the forces of change. This is something that reduces the hopes of Ugandans who are eager to be liberated. Those divisions, ladies and gentlemen are very clear in this election. It took me a lot of thought before I decided to come to Arua because in this race, we have five comrades in the struggle running against one oppressor.

When we were faced with such a situation in Jinja East we agreed and fronted one candidate. That is how we managed to liberate Jinja from NRM and President Museveni. We were faced with the same situation in Bugiri. When we failed to agree on a single candidate, many of us managed to unite and support the better candidate and still liberated Bugiri from NRM. We agreed with our colleagues to compete with civility.

This time in Arua, we do not have just two candidates. We have five. And out of the five, we must choose one.
We have comrade Bruce Musema of FDC, my good friend Robert Ejiku, my brother and fellow artiste JM Kennedy, comrade Jaffa of JEEMA, and we also have Comrade Kassiano Wadri.

These past weeks, we tried to bring them together but for so many reasons, it was not possible so we decided to come to the ground and sort it out from here.

SO WHY DO I COME TO ARUA?

I have come to Arua because there is a big question in Arua and it must be answered here in Arua. Here and now.

I come to Arua because we have a mission as the people of Uganda and if we must complete that mission, the people of Arua must play a very important part and they must play it now.

I come to Arua because there is a war in Arua and indeed in all parts of Uganda. A war between the oppressor and the oppressed. That war has been won it in Kyadondo, we won it in Jinja, we won it in Rukungiri, we won it in Bugiri and we must win it in Arua. We risk losing this war not because we don’t have enough fighters, but because may be we have too many fighters that we must decide which fighter to send on the front-line.

We have to make this tough decision because all of these candidates are our people but we must choose only one and we have only a few hours. And if we don’t do that, NRM will take your voice away and continue to misrepresent you.

After long thought, I came to the conclusion that for the good of not only Arua Municipality, not only West Nile, but for the whole of Uganda, we should unite and support Kassiano Wadri.

We saw you on TV uniting when our brother was killed even after trusting them so much. You can do that again through your vote. Let us show them that Arua cannot be taken for granted for ever.

It is not a secret any more that we are planning to remove Museveni and we have only two years before 2021. We have always said it in word and shown it in action that we are uniting from across political parties, across tribes and across religions. This election teaches us that we must also unite across generations.

As we take on leadership as young people, we must also tap into the wisdom and guidance of the elders especially elders that Museveni fears most like Kassiano Wadri.

So as we go into the election on Wednesday, I call upon all of you brothers and sisters, men and women, young and old, to come out and vote for Kassiano Wadri.

Robert Kyagulanyi Ssentamu aka Bobi Wine is a Ugandan musician and Member of Parliament for Kyadondo East Constituency.