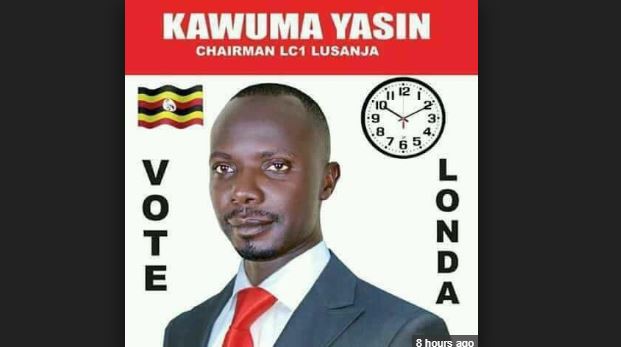 The driver of Kyadondo East Member of Parliament, Robert Kyagulanyi a.k.a Bobi was Monday shot and killed in Arua during a campaign rally.

Police says the chaos that resulted to the shooting started when rowdy crowds parked a grader in the middle of the road with intention to block the convoy of the Head of State, Yoweri Museveni.

Almost a day after his demise, details about Yasin Kawuma, 26, remain scanty but The Tower Post managed to get a few details that have emerged.

Who was Yasin Kawuma?

Kawuma was born in 1992 in the Central Uganda district of Masaka. By the time of his death, he was aged 26.

He was a politician and belonged to the Uganda Youth Democrats, a youth section of opposition Democratic Party.

As an ambitious politician, Kawuma recently contested in the Local Council elections that were held last month. He contested as the L.C.1 chairperson for Lusanja in Mpererwe, Wakiso District.

But even prior to contesting, Kawuma had identified Bobi Wine as someone who had political ambitions and became not only his driver but his political mentee.

A senior four graduate, Kawuma was Bobi Wine’s official driver all through the election campaign that saw the singer go to parliament.

He is survived by a wife and kids.