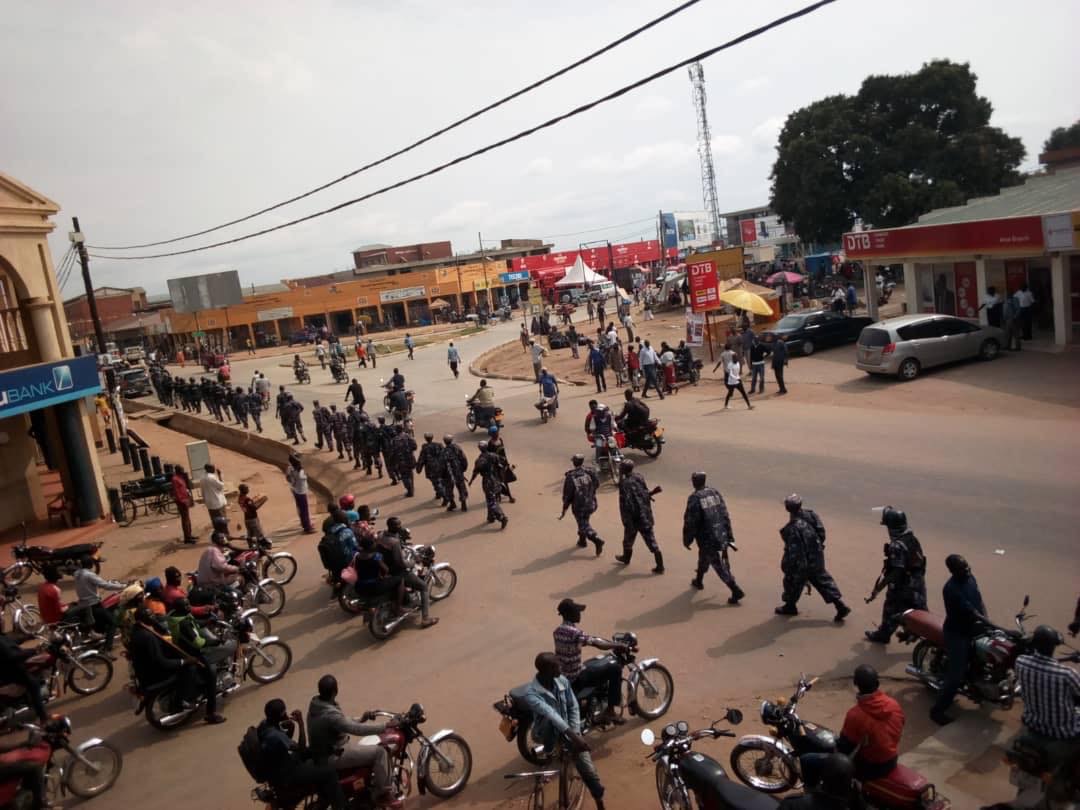 Arua town is currently under tight military and police watch following the declaration of independent candidate Kassiano Wadri as the new area Member of Parliament.

Wadri was last night announced winner after beating competition from 11 other contestants who were vying for the same seat.

Tension has been high in the town since the Monday evening chaos that resulted into the shooting of singer Bobi Wine’s driver Yasin Kawuma who died on spot.

This later led to the arrest of Kassiano Wadri and most members of his camp who included Bobi Wine, Gerald Karuhanga and other legislators.

Wadri won the election while in prison.

He is today supposed to appear before the chief magistrate’s court in Gulu.