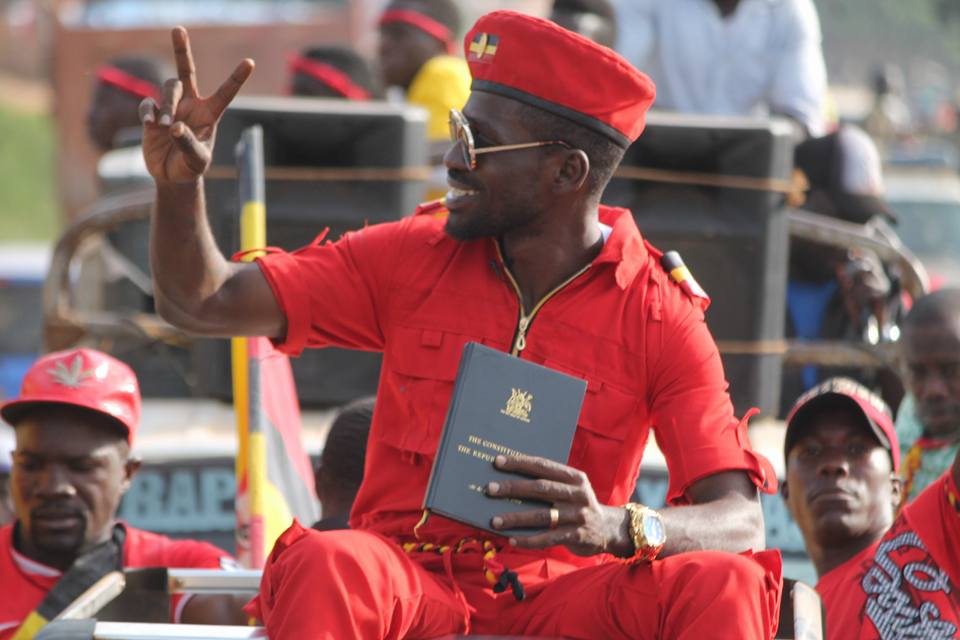 Kyadondo East Member of Parliament Robert Kyagulanyi a.k.a Bobi Wine has been airlifted from Gulu Military barracks to Makindye in Kampala.

Bobi Wine who has been in jail for two days now, appeared before the Gulu Court Martial where he was charged with treason, unlawful possession of ammunition and remanded to prison until Thursday August 23rd.

During the court session in Gulu, only two people including his lawyer Medard Ssegona and Budiro South legislator Asuman Basalirwa were allowed in.

His family members and other legislators were denied a chance to see him raising questions that made others assume he was either badly beated or he had passed on.

According to Makindye West Division Member of Paarliament Allan Aloysious Ssewanyana, bobi Wine was tortured and currently has a deformed face.

“Hon Kyagulanyi has been remanded until 23rd August. He has been airlifted to Makindye military barracks. He has been tortured and deformed with swollen face, he cannot stand on his own,” Ssewanyana said.