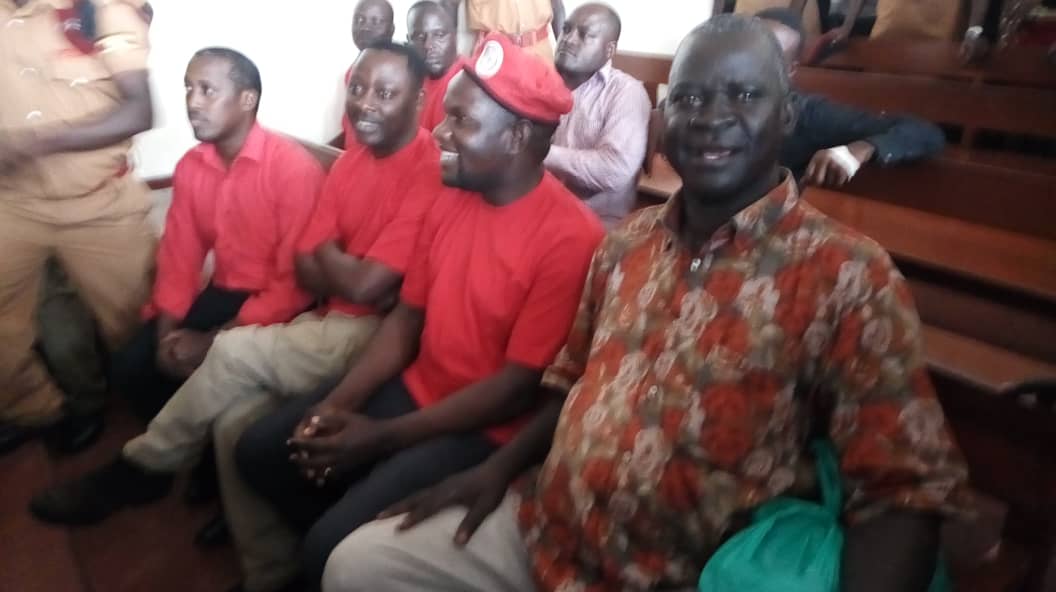 Arua Municipality Member of Parliament elect Kassiano Wadri together with his co-accused have Thursday afternoon been charged with treason at the Gulu Magistrates Court.

The group is accused of blocking the convoy of the head of state Yoweri Museveni with intention to harm him. They all pleaded not guilty.

The said events happened on Monday evening during the final campaign rallies for the Arua Municipality byelections, a scuffle that resulted into the shooting of singer Bobi Wine’s driver, Yasin Kawuma.

Bobi Wine was in Arua to rally support for Wadri who went ahead to win the Wednesday polls.

During the court session, defence informed the magistrate that some of the accused were beaten up severely and needed medical attention.

The magistrate remanded the accused to Gulu Main Prison until Thursday August 30th but instructed prison officers to avail suspects for medical examination at a facility of choice at their cost.

They will be expected to appear back in court for mention of their case on 30th at exactly 9:00AM.