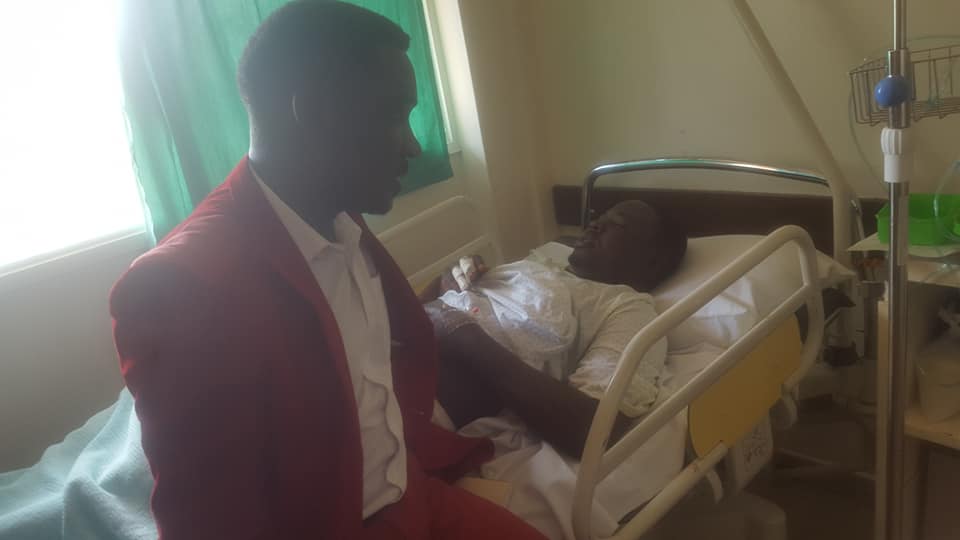 Zaake who was arrested on Monday following Arua campaign chaos. He was badly tortured and hospitalized in Gulu.

This website published shocking images showing injuries inflicted on him that emerged on Wednesday sending the nation to shock at the state in which the legislator was.

Despite being among the arrested, Zaake didn’t appear in court while his colleagues were being charged on Thursday.

According to Makindye Division West MP Allan Aloysius Ssewanyana who found him, Hon Zaake is still in critical conditions and security operatives have abandoned him.

“He can’t talk, speak or sit. Even the eyes can see well. Let’s pray for him,” Ssewanyana said.

Whether or not the state has dropped charges against him remains to be seen.