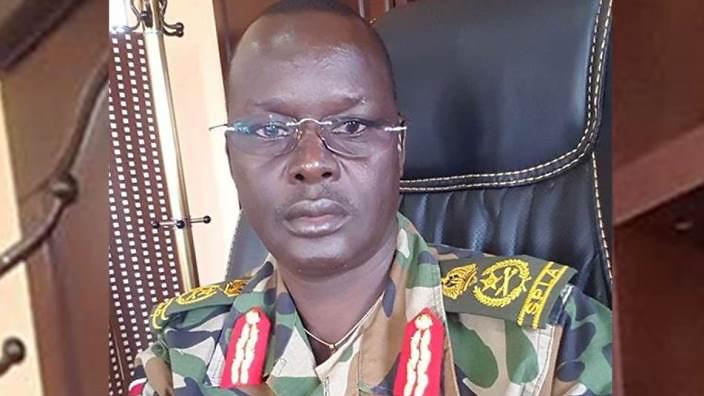 The investigative initiative to counter the financing of conflict and mass atrocities in Africa, The Sentry, said a South Sudanese general hit by United Nations sanctions was able to travel to China without a waiver.

According to the group, the general who is now the South Sudanese army chief of staff was in China last July in a clear violation of the UN travel ban.

“The Sentry has now been able to confirm that General (Gabriel) Jok Riak did not receive an official waiver from the UN when he visited China last month for the first China-Africa Defence & Security Forum,” said The Sentry in a statement.

On 5 July 2015, the UN Security Council imposed a travel ban and asset freeze on General Riak and five other militaries from the South Sudanese army and rebel commanders.

As commander of SPLA Sector One that operates mainly in Unity State at the time, Riak expanded the conflict through breaches of the Cessation of Hostilities Agreements, according to the United Nations.

Commenting on the disclosure, the Director of Policy and Analysis at The Sentry, Joshua White, pointed to the need for a follow-up and monitoring system to the sanctions by the Security Council.

White said Riak besides travailing to Beijing without a waiver still has a home in Kampala and the Ugandan authorities should have long ago seized.

“Sanctions must be more than symbolic messages, and we call on the governments of these countries to respect their UN obligations with respect to South Sudan,” he stressed.

Despite the international sanctions, Riak was appointed by President Salva Kiir as the new SPLA’s chief of staff on 3 may 2018.

For his part, Brian Adeba, Deputy Director of Policy at the Enough Project, said the international community would provide a great support to a sustainable peace in South Sudan if it strictly enforces sanctions and “escalates financial pressures on South Sudan’s corrupt officials”.

“South Sudan’s new power-sharing deal will be destined for failure if it is implemented with the same neglect as sanctions enforcement,” he further said.