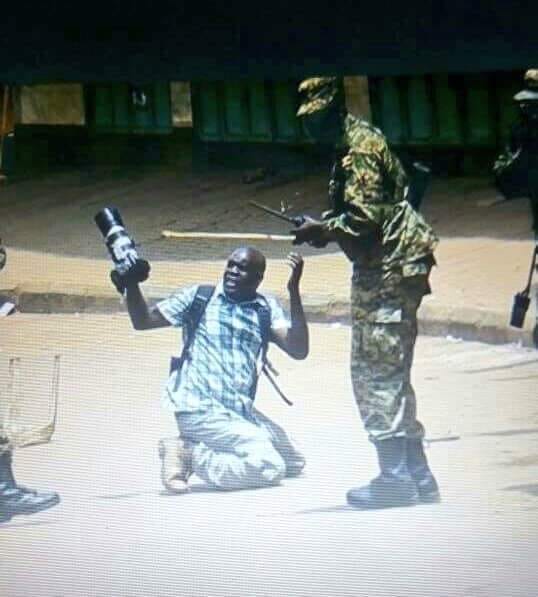 Chief of Defence Forces Gen. David Muhoozi has ordered the arrest and punishment of soldiers who assaulted journalists during the #FreeBobiWine protests in Kampala on Monday.

The UPDF soldiers yesterday arrested and assualted Reuters photojournalist James Akena and NTV’s Juma Kirya, Ronald Galiwango and Alfred Ochwo from The Observer among others.

UPDF spokesperson Brig Richard Karemire in Tuesday statement apologized to the affected journalists and revealed the army regrets the actions of its officers.

“Attention has been brought to the leadership of the UPDF about the unprofessional conduct of soldiers who molested some journalists while deployed on a Joint Operation in the capital city on Monday 20th August 2018,” Brig Karemire said in the statement.

“UPDF wishes to express its displeasure over such behaviour by those individuals, and as a result, the Chief of Defence Forces (CDF) has ordered for their arrest and punishment,” he added.

The statement however did not mention the names of the soldiers responsible or the possible punishment that would be given to them. 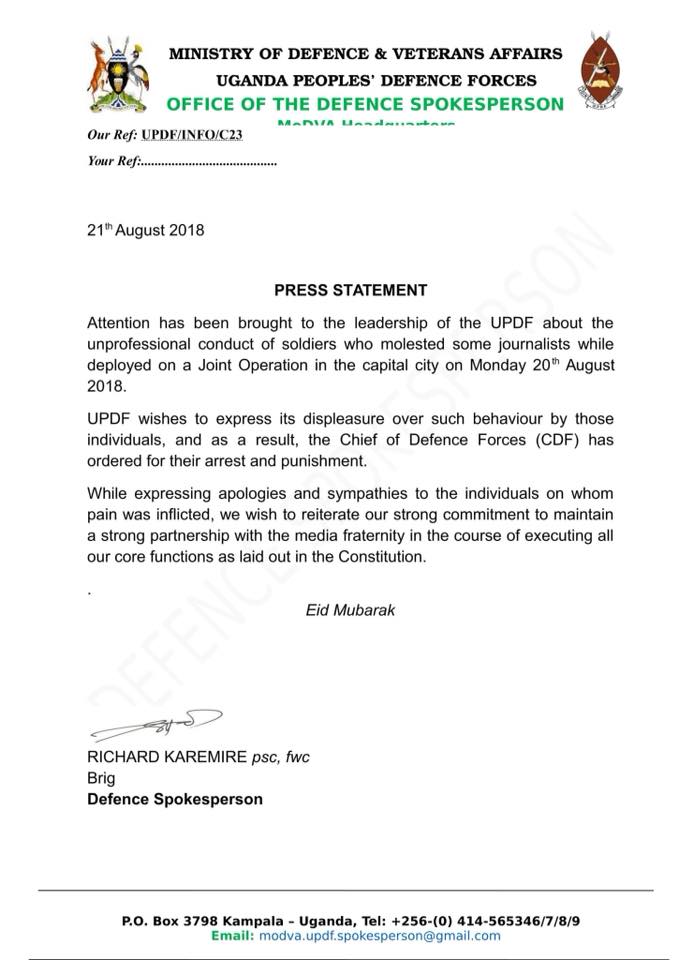