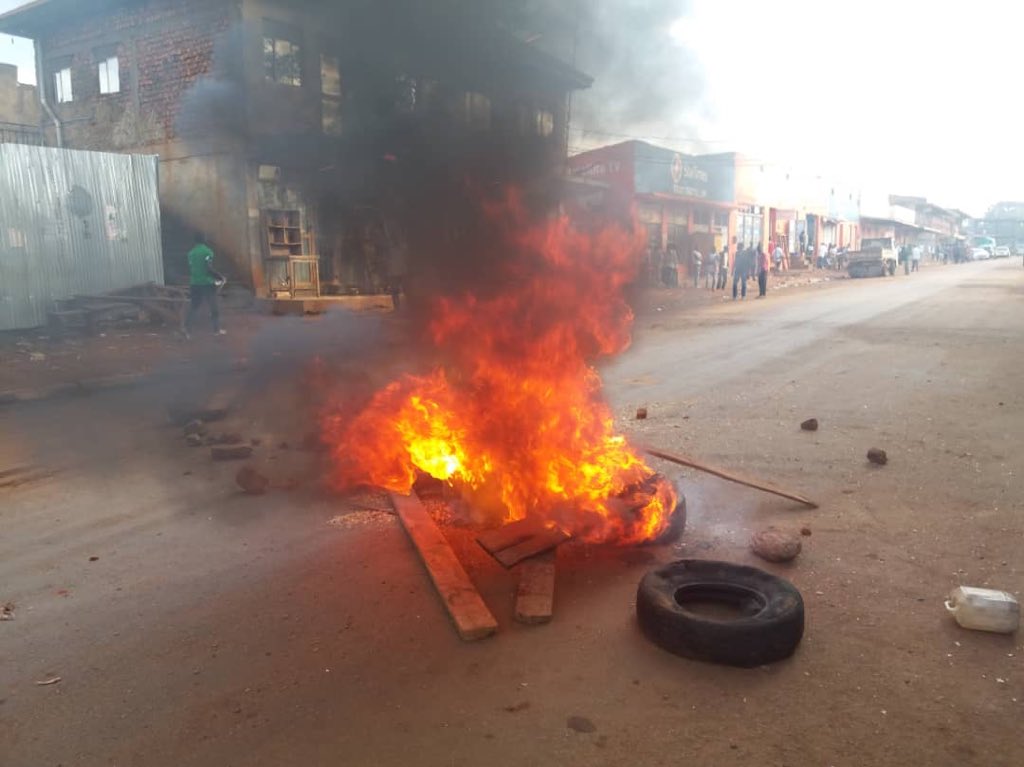 Police in the Eastern Uganda town of Jinja fired teargas and engaged in running battles with protesters on Wednesday morning.

The protesters were demanding the release of jailed Kyadondo East MP and singer Robert Kyagulanyi aka Bobi Wine.

He was arrested a week ago, following the chaos in Arua that led to shooting of his driver.

Protesters in Jinja lit fires in the middle of the road, blocking traffic and disrupting business.

The protests started in Kampala on Monday but Police and the army swung into action to calm the situation.

This is a developing story. We shall keep you updated.