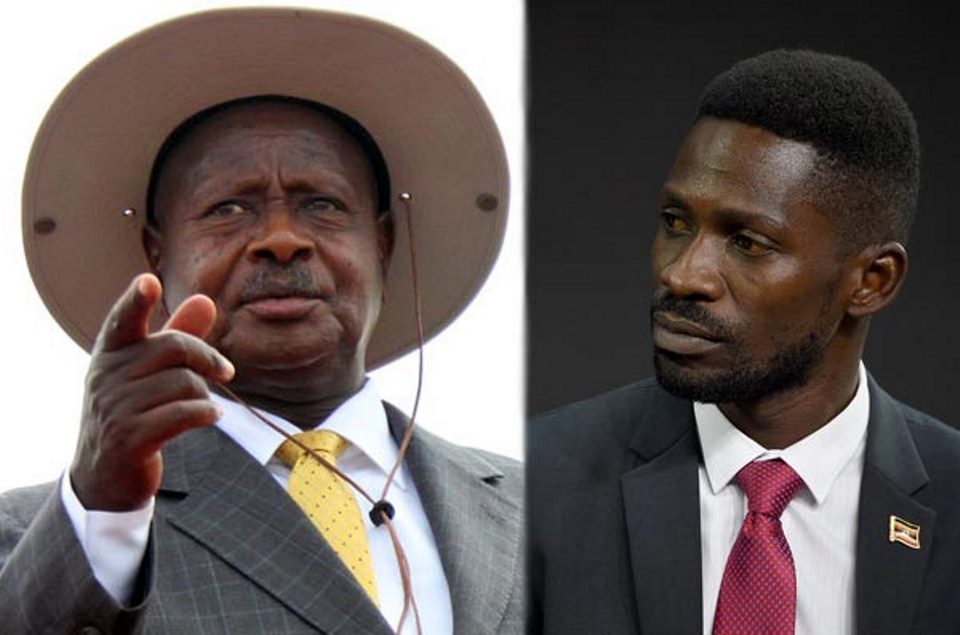 President Yoweri Museveni has said he does not have the powers to release Kyadondo East MP Robert Kyagulanyi aka Bobi Wine and 33 others with whom he was arrested Arua last week.

Bobi Wine appeared before the Court Martial in Gulu where he was charged with unlawful possession of ammunition and remanded at Makindye Military Barracks until August 23rd.

The others including fellow MPs Paul Mwiru, Kassiano Wadri (MP Elect – Arua Municipality) and Gerald Karuhanga were charged with treason and Gulu Magistrates Court and remanded at Gulu Main Prison until August 30th.

These are accused of leading a group of youth to attack the president’s convoy after he had addressed a rally for his candidate in the Arua Municipality by-election in Arua town on Monday August 13th, 2018.

In a lengthy statement via  Facebook, President Museveni said that only the Courts of Law and the Director of Public Prosecutions (DPP) have the powers to release someone that is arrested, charged and remanded.

“On the issue of releasing Bobi Wine and the others, the President of Uganda does not have such powers. Once somebody is arrested, charged and remanded, it is only two authorities who can release such people in any way: the Courts or the DPP withdrawing charges if the evidence is not enough,” Museveni said in the message.

“Let us therefore, wait for the Courts and see what they decide,” he added.

The president’s remarks follow numerous messages from people within and outside Uganda, including entertainers, politicians and others, demanding him to release Bobi Wine and the others.

Social Media users have been using the hashtag #FreeBobiWine, to demand for the singer’s release. The hashtag has been trending on Social Media platforms; Facebook and Twitter for over a week.

Museveni in his message blamed the recent ‘Free Bobi Wine’ riots on “unprincipled politicians” who pay unemployed youths in towns to riot.

“The unprincipled politicians who mislead our youth into rioting or actually pay them to riot or to commit arson must be condemned. Also to be criticized are the NRM leaders who do not engage these youth and squander resources in unnecessary foreign travels and other non- priority expenditures,” he said, adding that, “We now have the money, if prioritization is correct, to launch a serious assault on the poverty and hopelessness that renders our Bazukulu (grand children) vulnerable to manipulation and exploitation by unprincipled politicians. I have proof of this which I will bring out at the right moment.”

The President also condemned the shooting at and killing of civilians during riots and urged security forces to use “the anti-riot SOPs (Standard Operational Procedures), which give the whole spectrum of options: warning rioters using loud- speakers, using shields and batons, using tear gas, using rubber bullets, using water – cannons, using rifles but firing in the air and, finally, shooting directly at the rioter in self- defence( for the Security personnel), to stop him harming a mwanainchi or damaging property if they do not pay heed.”