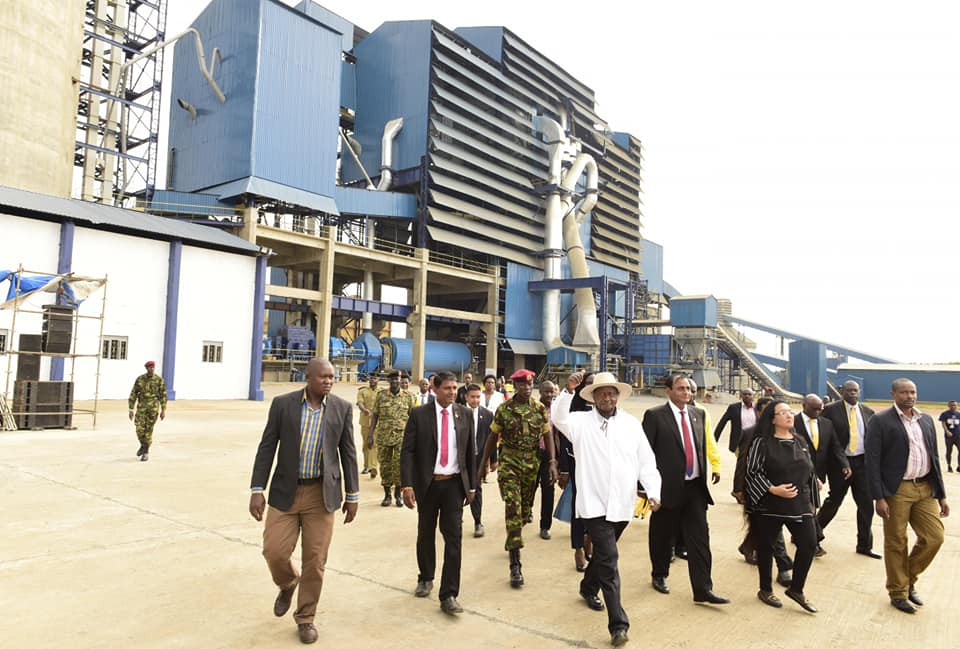 The factory, which currently employs about 400 workers, was built in two and half years by the Mepani Technical Services, at an estimated cost of US$55 million. It is a second cement factory sited in Tororo District and its operationalization is expected have its cement price reduced to Shs. 25,000/= per 50-kgs bag.

President Museveni, who on arrival at the factory made an inspection tour of the facility, urged Ugandans to be enterprising and disciplined; adding that with the abundant natural resources that Uganda is endowed with, there is tremendous potential for development.

“Countries like Korea and China are developed but they don’t have natural resources. There must be social discipline. Here in Uganda, we have sons of chiefs, rich people with property that they just squander,” he said.

He reiterated that Ugandans must avoid being extravagant and emulate Mr. Guru Narendra Raval, Managing Director of the factory who was once a poor man but has now turned into a billionare with big projects in different countries.

“The challenge Africans have is extravagance. A person comes from University with a paper degree and immediately wants to do a graduation party. Why do you do  big weddings? What does a big party add to a wedding? Me and your Maama went to a small church in London and made our vows and that was it. She is now a grandmother,” he said. 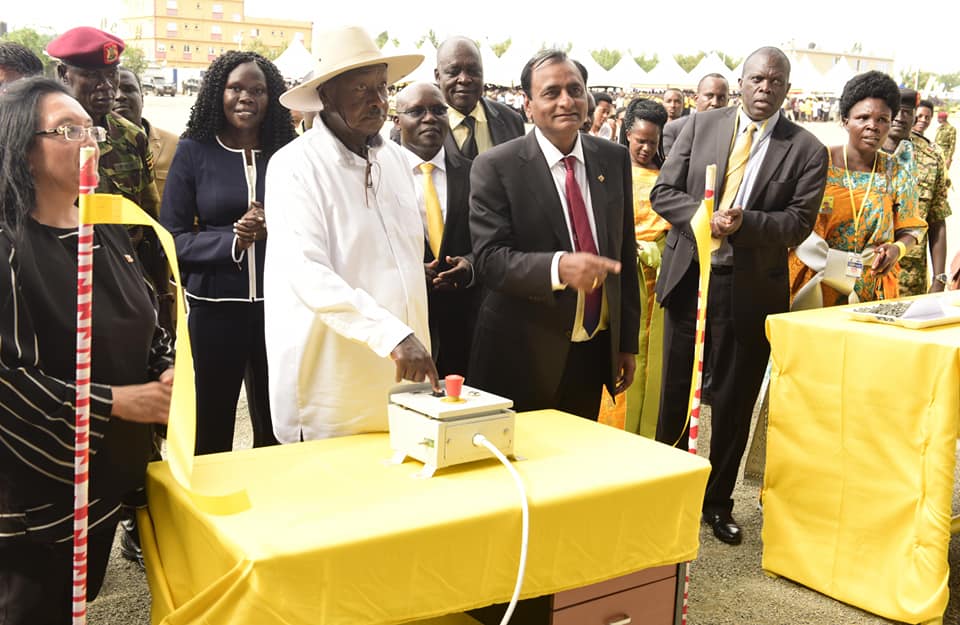 He commended the pledge by the factory to employ local youths and advised the company to employ at least 30% of the youth. He also praised Tororo District for the peaceful approach in handling their district matters, promising them that he would handle the issues of Tororo once all the necessary parties were available.

“Uganda is gifted but the only problem has been confusion in the management of politics. That is why I appreciate the people of Tororo because you are among the first civilised Africans. You are peaceful protestors and you are not hitting anybody,” he noted.

The President encouraged the people of Tororo District to carry out fish farming alongside the periphery of swamps adding that this would make the people have more money from fish than from growing rice. 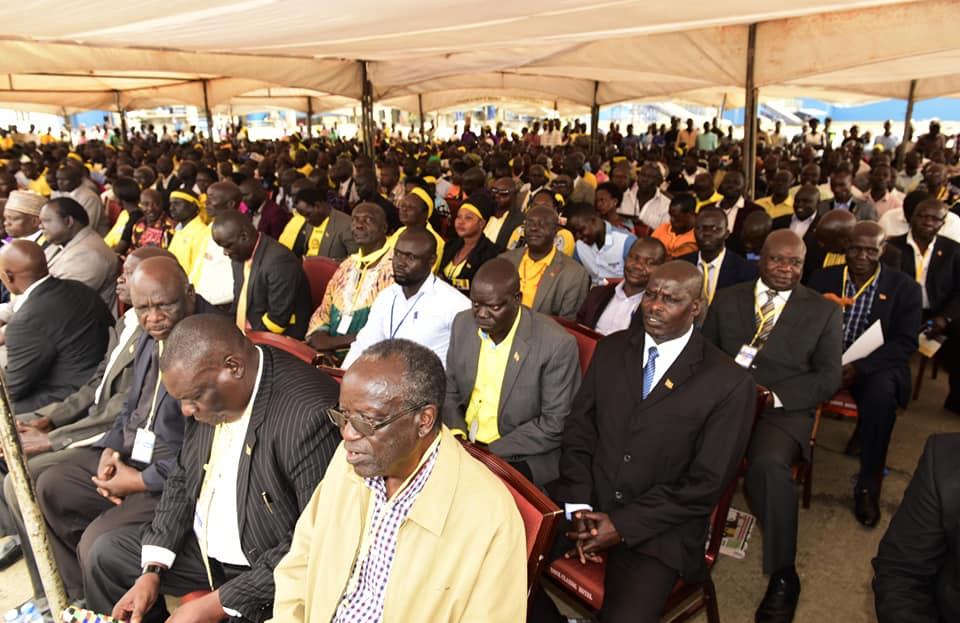 The Managing Director of Simba Cement factory, Mr. Guru Narendra Raval, said that the reduction in the price of cement is in line with President Museveni’s dream of having Ugandans living in cemented houses.

“When I met with Mzee and my wife in State House, the President asked me to build a cement factory and now I have built it. I am not here to make profits but to make Ugandan lives better,” said Guru.

Guru, who promised to train and promote local employment opportunities, also donated 1,000 bags of cement to the President. 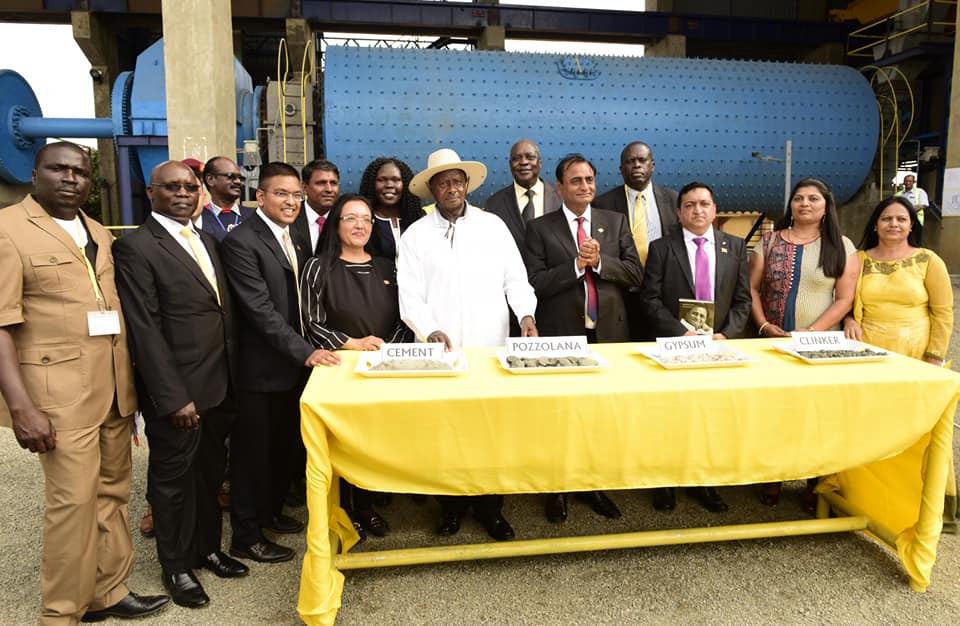 State Minister for Privatization and Investment, Hon. Evelyn Anite, commended President Museveni for attracting and pushing for the investment culture in Uganda. She further thanked him for making Tororo District an industrial area as it has more than 10 factories that have created employment for Ugandans.

“We are proud to have very many items manufactured in Uganda. By October, we will have two mobile manufacturing companies. This is because of the peace in Uganda brought by the President,” she said.