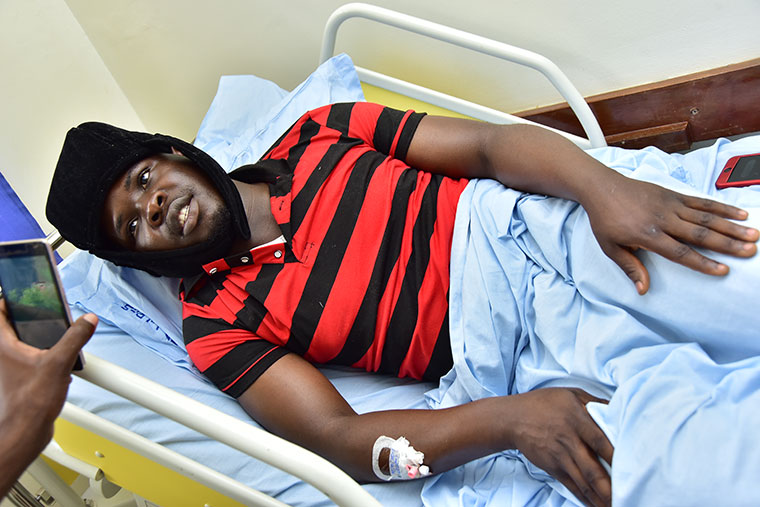 Mityana Municipality Member of Parliament Francis Zaake Butebi has Monday been released on police bond and cleared to fly out for further treatment.

Zaake who has been hospitalized since Monday August 13th is being charged with treason and escaping from custody.

He was arrested on the evening on August 13th and tortured following the brawl that broke up in Arua during campaigns for Arua Municipality by-elections. In the scuffle, it’s alleged that Museveni’s car was vandalized.

Zaake was transported and detained in Gulu where he spent two days before graphic pictures emerged depicting the extent to which he was tortured by Museveni’s elite guards, the Special Forces Command.

On Friday August 17th, the legislator was allegedly dumped at Rubaga Hospital in Kampala by alleged security operatives after his condition has worsened.

But the police maintainied that he had escaped from custody and was still a wanted man, despite the news that was already public about his whereabouts.

He was admitted and started on treatment until Thursday August 30th when he was rearrested at Entebbe airport together with Kyadondo East legislator Robert Kyagulanyi as they tried to fly out of the country for treatment.

The duo was transferred to Kiruddu Hospital where they were under the guard of the Chieftaincy of Military Intelligence (CMI) until Friday when Bobi Wine was cleared but Zaake remained.

According to Zaake’s lawyer Nicholas Opio, the legislator has been charged and bonded for a month to allow him go abroad for treatment.

Jonan Muyanga and Joseph Luzige stood surety for the MP. 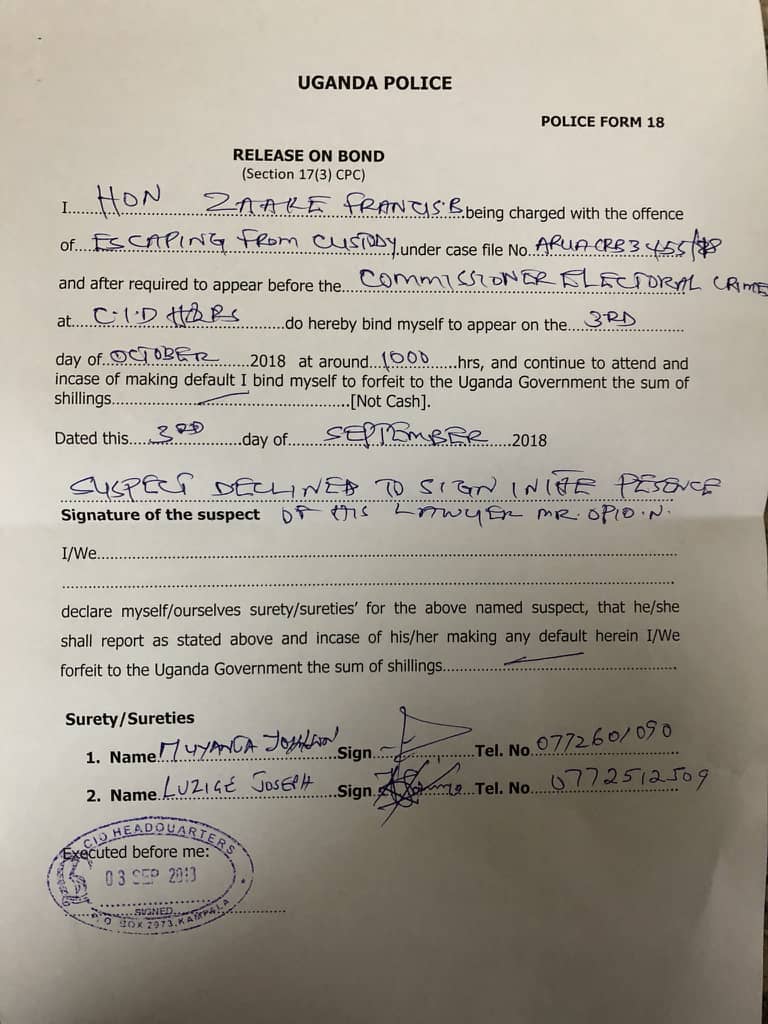 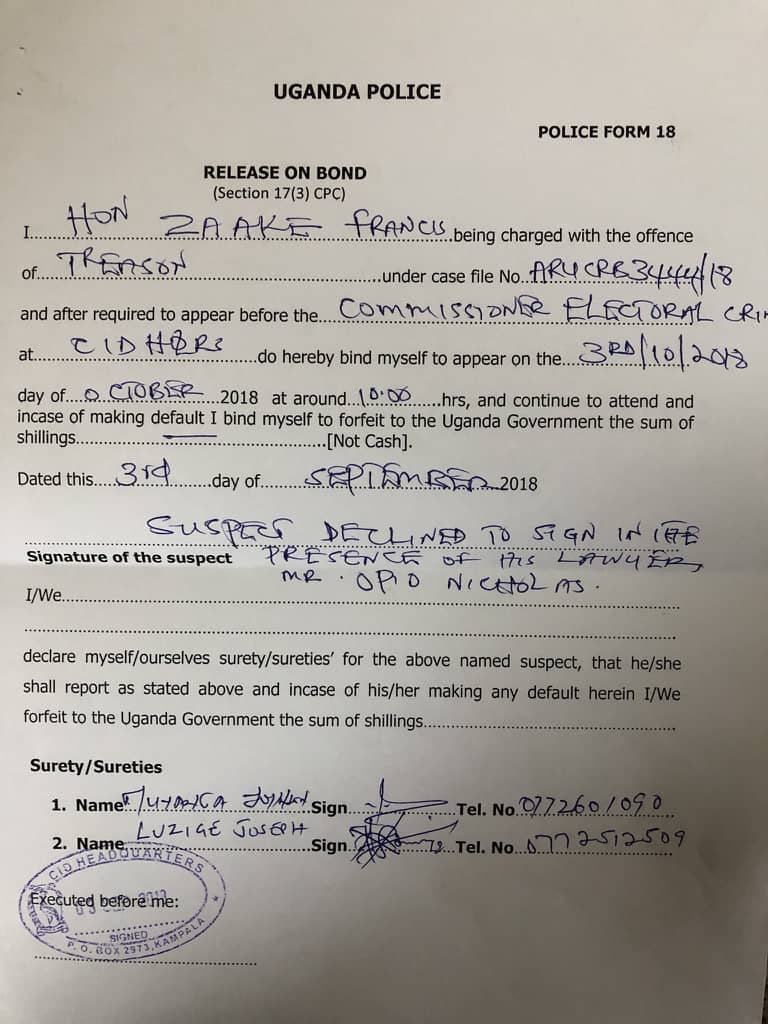