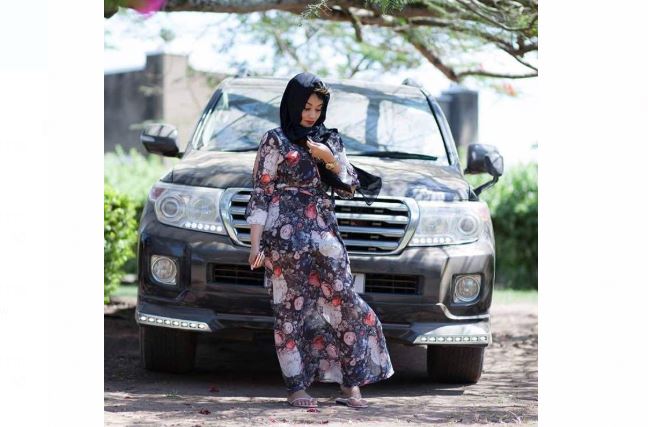 The celebrated socialite is currently cruising in one the latest Toyota Land Cruiser V8 which she acquired recently when she jetted into Uganda.

Zari was last month signed and attached to Bryan White Foundation to influence Bryan White masses in Arua. It is said the pair has remained close since then.

Zari first made a public appearance in her latest gifting at the Miss Uganda pageant at Sheraton hotel where she was the judge.

She also appeared with some gentlemen who we later learnt Bryan White had attached to her to provide security against former rich gang members, rumor has it.

Zari and Bryan White two weeks back were also sighted together on a trip in Zanzibar which Bryan White fully funded.

In 2013, she divorced Semwanga, whom she accused of physically abusing her. In 2014, Zari established a romantic relationship with Tanzanian singer, Diamond Platnumz ,together they are the parents of daughter Latifah Dangote and son Prince Nillan.

Zari who is reportedly dating Bryan Kirumira and that two can’t get over each other for now.