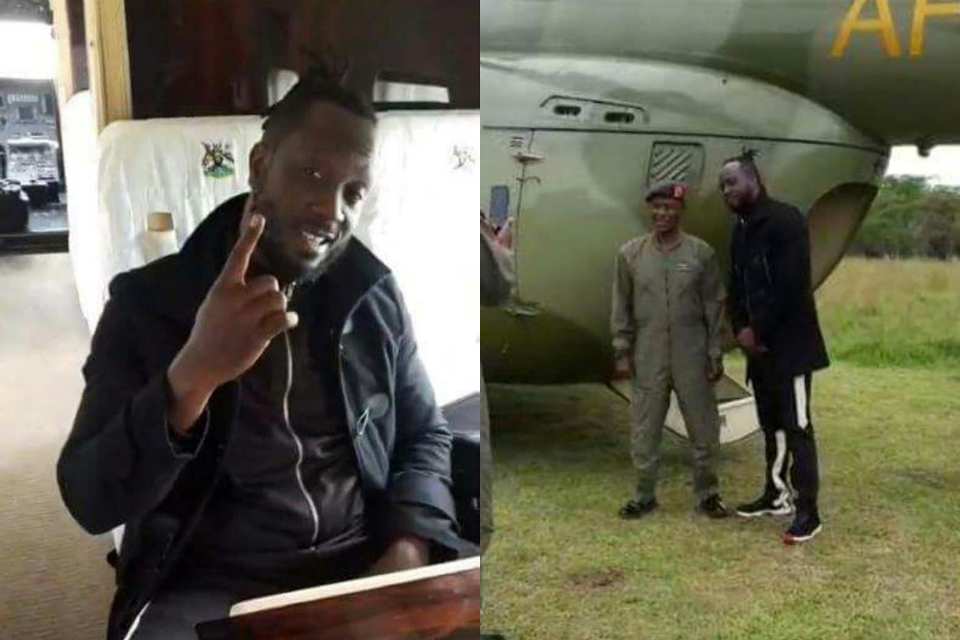 Bebe Cool was airlifted to Rwakitura in a military helicopter together with female musician Catherine Kusasira and others from their management teams.

This is the first time Bebe Cool is meeting president Museveni ever since he was forced off stage by angry revelers who hurled bottles and chairs at him during the ‘Swangz Avenue All Star Concert’ held at Lugogo Cricket Oval in Kampala a few weeks ago.

The musician did not disclose what was discussed in the meeting but described it as an “urgent” one, a reason he says he missed Luga-flow rapper Gravity Omutujju’s “Embuzi Zakutudde” Concert.

“The President sends greetings to you his grandchildren and he says he loves you,” Bebe Cool said in a video which he shared via Facebook.

He also revealed that that he would be visiting the families of the Late Yasin Kawuma (Bobi Wine’s Driver who was shot dead in Arua last month) and the late ASP Muhammad Kirumira.

This website understands that the President sent assistance to the families through the musicians.