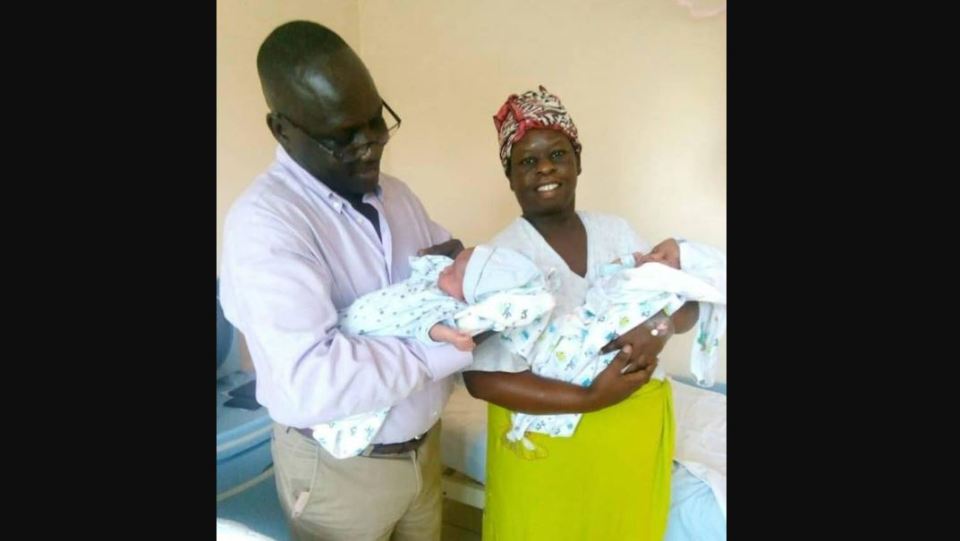 Uganda Revenue Authority (URA) Commissioner General Doris Akol has given birth to Twins at the age of 48, The Tower Post reports.

According to a source close to the family, the twins and the mother are in good health.

In a photo that this website has received, Akol and her husband are seen looking happy as they carry their newly born babies while at the hospital.

Akol, 48, was appointed to the position of URA Commissioner General by Maria Kiwanuka, the then Ugandan Minister of Finance, Planning and Economic Development, on Monday, 27 October 2014.

The URA Board and Finance Minister Matia Kasaija last week recommended renewal of her contract to President Yoweri Museveni.