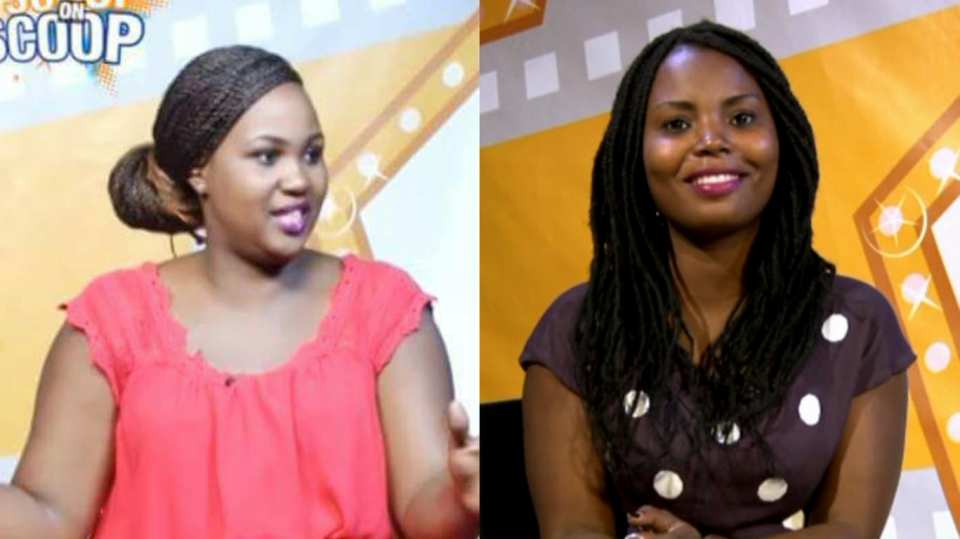 It will be remembered that Mary Luswata was the first host of the ‘Scoop On Scoop’ show. She became so famous for taking on celebrities without fear, winning herself the title of ‘Queen of Gossip’ from viewers.

She would later leave Urban TV and join Galaxy FM.

Sources at the Urban TV told this website that Tina upon seeing Mary Luswata at the Vision Group offices on Wednesday, panicked and went around asking everyone if they knew what Luswata had come to do.

“She was so worried, it was all written on her face. Her body was all trembling with fear,” said the source who preferred anonymity.

The source told this website that Tinah’s two-year contract with Urban TV expires in December this year, a reason why she was troubled by Luswata’s visit.

Luswata is however said to have passed by Vision Group just to check on her friends.

Word has it that she recently inked a deal with Spark TV, which she will be joining in the coming months. This website could not independently verify this though