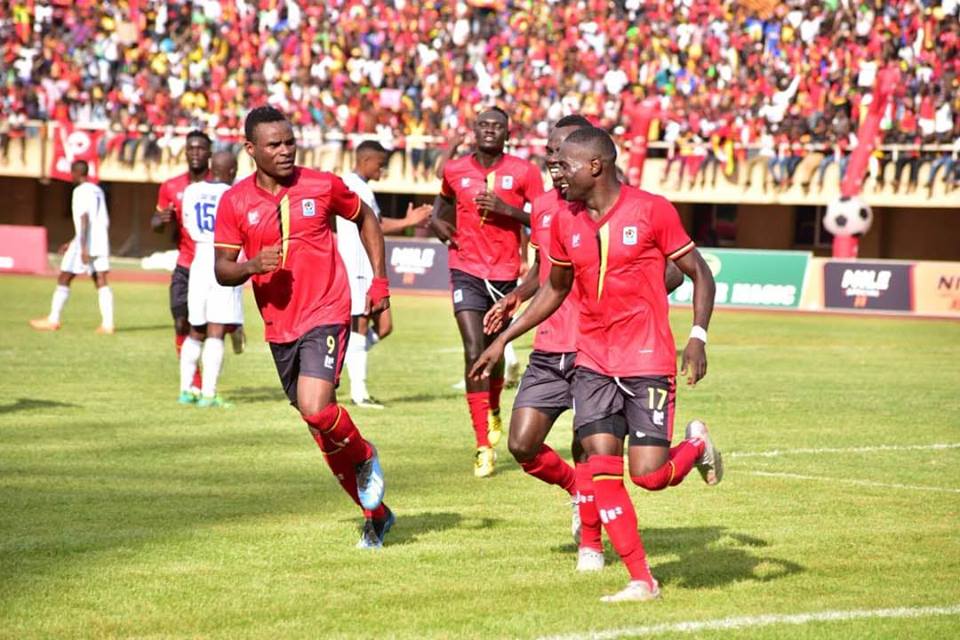 Uganda Cranes reclaimed top position in group L of the 2019 African Cup of Nations (AFCON) qualifiers with a 3-0 home victory over Lesotho at the Mandela National Stadium, Namboole in Kampala on Saturday (13th October, 2018).

The Cranes scored two goals in a first-half giving them a lead in the game.

Emmanue Okwi scored the first goal in first 10 minutes of the game minutes before Farouk Miya scored the second in a penalty.

In the second half, Okwi scored his second goal, a header off Lubega’s cross, which was the third for Uganda at 63 minutes.

Lesotho will host Uganda in their next game slated for Tuesday (October 16) at the Setoso stadium in Maseru city.