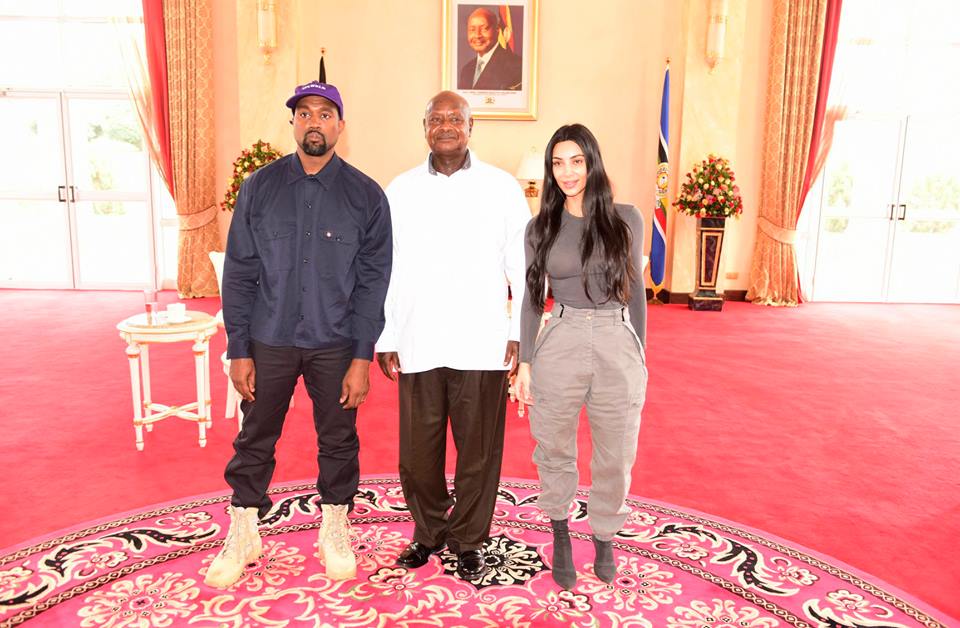 The President welcomed the couple to Uganda saying the country is for all the people.

Speaking about their meeting, President Museveni said, “I welcome American entertainment stars Kanye West and Kim Kardashian to Uganda. I held fruitful discussions with the duo on how they can support efforts to promote Uganda’s tourism and the general arts. I thank Kanye West for the gift of white sneakers. Enjoy your time in Uganda. There is no country more beautiful than the Pearl of Africa.”

The President and his guests later exchanged gifts.

Kanye West gifted Museveni with a pair of shoes known as “Yeezys”, a collaboration sneaker by Kanye West and Adidas.

The American rapper on his part expressed happiness at being in Uganda. He informed the President that he intends to put up a world class tourism school in the country, which will support the tourism industry not only in Uganda but the East Africa region in general.

Kanye West and Kim Kardashian arrived in Uganda on Friday last week and have been residing at the luxurious Chobe Safari Lodge, where Kanye West is producing his upcoming music album.

The renowned American couple flew to Uganda with their daughter North West,  rapper Big Sean and other members of their team.