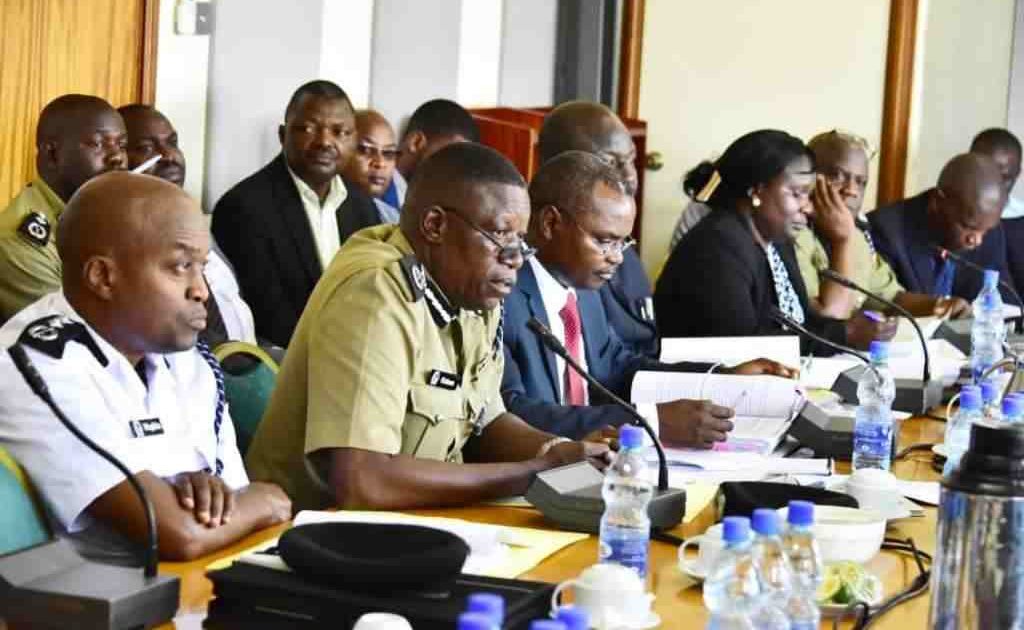 Uganda Police Force (UPF) officials on Wednesday failed to account for the expenditure of Shs 22bn on the training of 250 of its officers.

Undersecretary Rogers Muhairwe led a team from the force to respond to questions raised the Auditor General (AG) before the Public Accounts Committee on Wednesday.

AG John Muwanga’s report for the financial year ending June 2016 raises eye brows on the expenditure of the money on training officers who cannot be identified.

“Quarter one and quarter two indicate that 250 officers were trained in Police Disciplinary Court procedures but did not reveal the names of officers trained, the course modules, training instructors and what was paid to them,” writes Muwanga.

“The training needs assessment report is not signed and acknowledged by the IGP whom it was addressed to.”

Muhairwe failed to produce the list of the trained officers when tasked to.

Pac chairperson Angeline Osegge said the police’s accounting officer would cough the money if the list was not produced.

Muhairwe and his team also failed to justify the expenditure of Shs 42.9bn received for the purchase of specialized vehicles for the 2016 election monitoring.

The money was meant to procure foot at least 30 per cent of the bill for purchase of 113 operational vehicles.

It would also foot 40 per cent of the specialized vehicles cost.

The purchase would take four years starting with the 2014/2015 financial year.

“All funds were received, yet operating vehicles were not procured,” complained Muwanga.