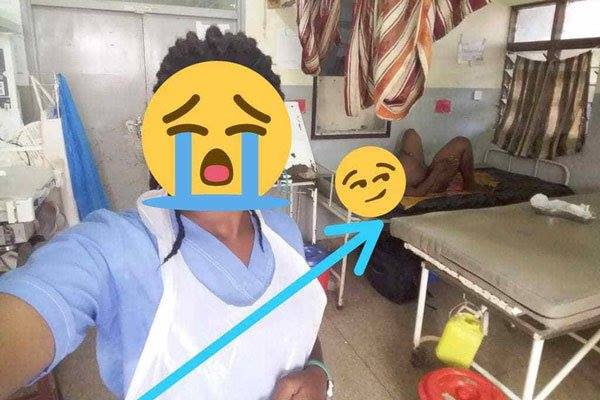 A nurse in Malawi has been suspended pending further investigation after a selfie of her in a labour ward was posted on social media.

The selfie was widely shared provoking uproar on social media.

But he said the case had been referred to the Nurses’ Council, which was investigating to see who took and circulated the photo.