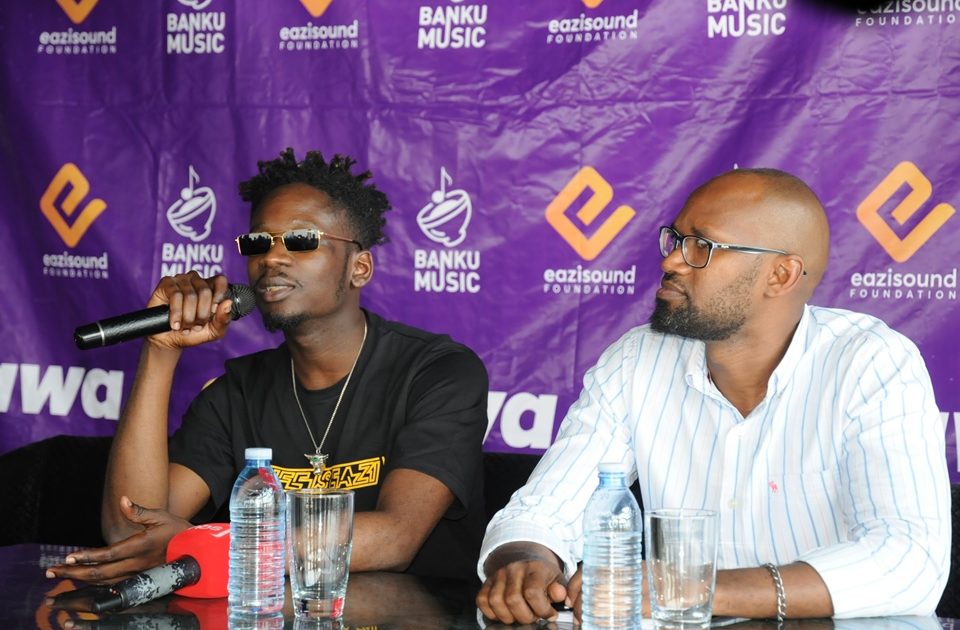 Renowned for his unique style of music which he refers to as Banku music, Mr. Eazi jetted into Kampala to launch his third studio album titled ‘Lagos to London’.

The third studio album features songs like Pour Me Water and Property as well as collaborations with artists such as Simi, Burna Boy, Chronixx and Maleek Berry.

Mr. Eazi launched the album in Kampala at a press briefing at Naguru Skyz Hotel.

The artist is on a worldwide tour to promote his music which he believes will bridge the cultural gap by infusing Afro flavor with global sounds.

In Uganda, the album is being promoted in association with Smirnoff Vodka who will host an exclusive listeners party with the artist at Cayenne. The unique music experience gives fans a special opportunity to listen to the new album with Mr. Eazi as well as be treated to a special performance by the artist.

This is Mr. Eazi’s second visit to Uganda following last year’s largely successful Bell Jamz West Africa to Kampala concert, during which he shared a stage with Nigerian artist, Tekno.

The concert also helped build the artist’s fan base in Uganda which is the reason he stated for visiting Kampala to promote the new album.

The accelerator program will empower 100 African musicians annually drawing from a USD300,000 fund.

To participate, artists will be required to upload a video showcasing their talent to their Instagram account under the hash tag emPawa. Each artists’ submission will be reviewed by top industry experts from across Africa.

From all entries, 100 artists will be selected to move onto the next stage of the programme and share a $300,000 fund.

Each of the 100 hand-picked artists will receive $3000, with $1000 being invested to create a high quality music video of their submission track.

Each of the artists’ videos will be placed on Mr. Eazi’s YouTube channel ‘Detty TV’ along with the emPawa social media platforms, creating further exposure for the artist.

From the 100 artists, 10 will be specially selected to undergo mentorship in an incubator program enlightening them on how to grow their brands, export and monetize their music.

The emPawa program, features an all-star team of acclaimed artists and music producers including Mr. Eazi, Diplo and Raye who will participate in grooming and mentoring the young talent.

The artist is working with Malembe, a local music promoter to boost awareness of the new album in Uganda.