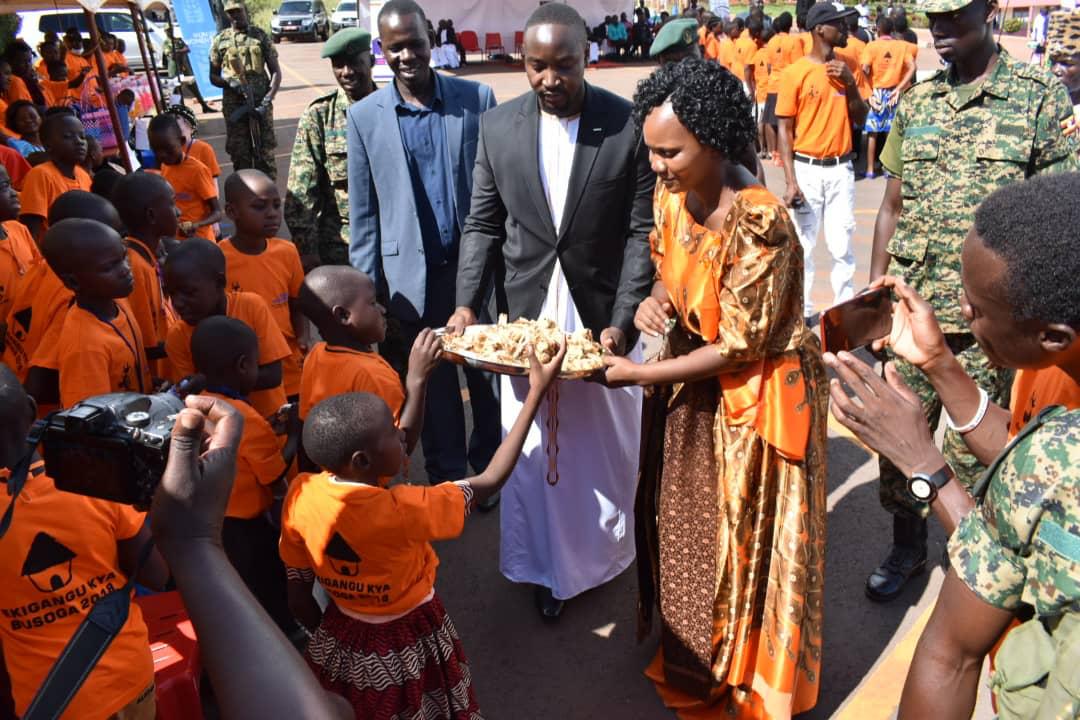 Busoga King William Gabula Nadiope, IV, Isebantu has challenged the youth in his Kingdom and the surrounding areas to cherish their cultural aspects.

Closing the week long Youth Retreat dubbed Ekigangu kya Busoga at Viva College School on Sunday, the Kyabazinga tasked his subjects to value culture and attach a lot of importance to it.

“During my guided tour of what has been going on, I noted that you have learnt a lot. You have concentrated much on our cultural identity as the people of Busoga and maintain the same. However, you need to do much to ensure that our heritage will outlive all generations to come”, the Kyabazinga noted emphasizing the need to identify, preserve and protect our heritage as the people of Busoga since the Kingdom is endowed naturally.

On his part, Rwot Philip revealed that through culture, traditional institutions will always stand firm and commended Busoga Kingdom for initiating Ekigangu kya Busoga that aims at imparting cultural values and norms into the young ones.

This 3rd Edition that attracted over 570 participants from Busoga and the surrounding areas had Albinos and persons with disability in attendance under the theme: “Using Culture to end early marriages and keep girls in school”.