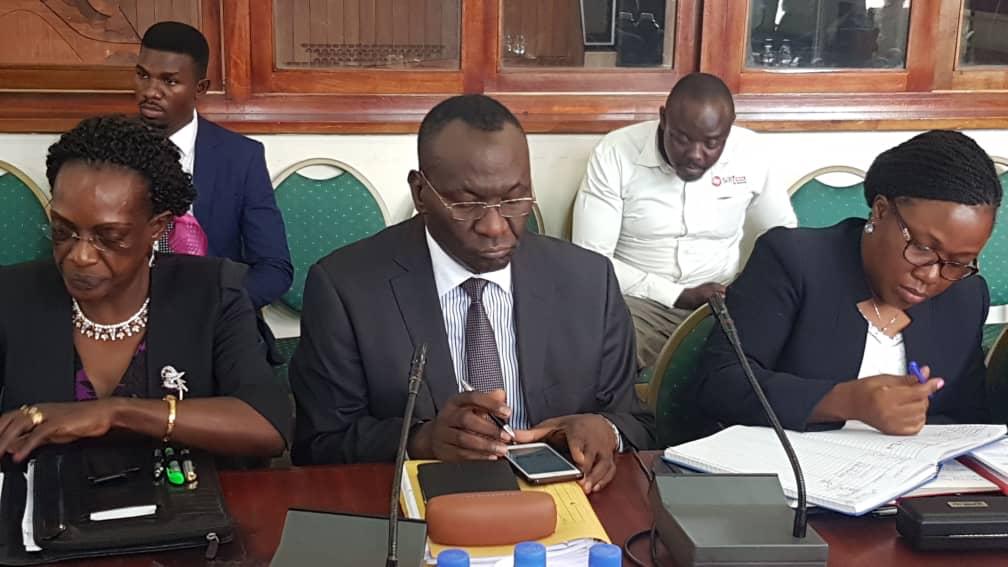 Former Bank of Uganda Executive Director in charge of supervision Justine Bgyenda has finally admitted that she carried some bags and documents from Bank of Uganda (BoU) premises.

Bagyenda made the admission during a hearing of the Committee on Commissions, Statutory Authority and State Enterprises (COSASE) in the parliamentary probe into closure of 7 commercial banks.

She was however quick to add that the items she carried from the central bank were her personal belongings including her plates, photos, her consultancy documents among others contrary to claims that she carried inventory reports related to the sale of a number of commercial banks.

According to a CCTV footage from BoU, Bagyenda together with her aides Juliet Adikot (body guard) and Job Turyahebwa (driver) beat security and ferried bags and a box of documents from BoU on 14th March 2018.

The items were however passed through the bank’s emergency exit without being checked or screened which goes against the central bank’s security protocols according to a testimony by BoU Director for Security.

The bags are also believed to have been used to carry inventory reports regarding to the sale of a number of now defunct commercial banks out of BoU premises but Bagyenda insists she didn’t take any such documents.

“Why did you carry the documents and what did you carry?” COSASE Chairperson Abdul Katuntu asked Bagyenda during the Wednesday hearing.

“Is it true the suitcases that were carried did not go through security? Did you seek authority from relative security departments to take out these documents?” Katuntu further asked.

In her response, Bagyenda said at the time she was still part of the central bank and was carrying out personal belongings.

“The bags had plates, photos and other personal belongings that were in my office. I remember the files had my personal documents, I had MBA books, I had plaques, pictures, materials which I got from conferences because I used to be a consultant from IMF, World Bank etc.”

He also asked Ms. Bagyenda to review the CCTV footage so as to come well versed with the matter that will be discussed.