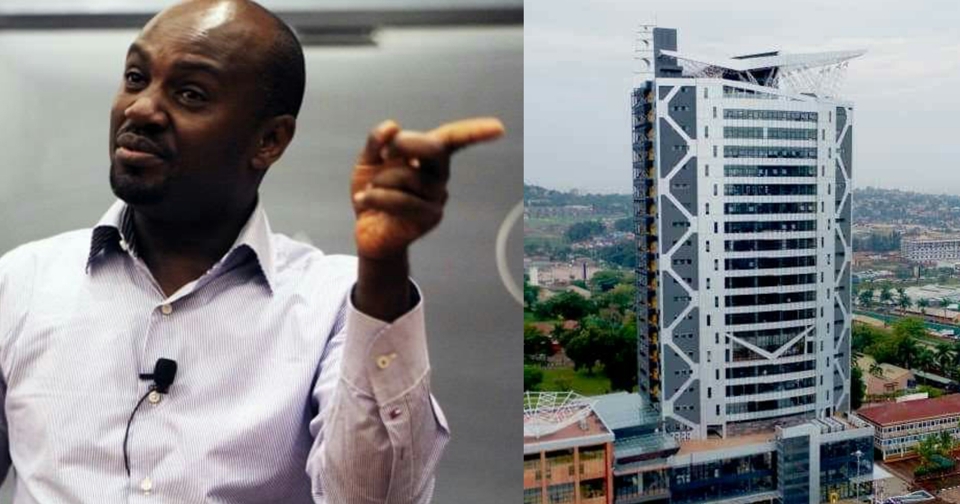 Last week President Yoweri Museveni officially opened the new Uganda Revenue Authority (URA) head office building in Nakawa. As a work of art, the building is majestic. As a source of national pride, it is inspiring. At 22 floors high, it is the tallest building in Kampala. It is a beautiful piece of architecture that improves our city’s skyline. But as an economic investment, the building is a disaster.

According to Molly Kamukama, the Principle Private Secretary to the president, the building will save URA “a whopping Shs 7.4 billion in rental expenses” – per year. Kamukama added that it took a “record four years” to construct this building. In 2015, a Chinese firm built a 52 storeys building in 19 days. Two years would have been record time in Uganda’s circumstances, not four.

According to URA, the building cost Shs 139 billion to construct. This does not include the value of land and the time value of that Shs 139 billion over four years. Given that URA will save Shs 7.4 billion per year in rental expenses, it will take 19 years to recover the cost of construction alone i.e. that is a rate of return of about 5% on gross income. Even a mediocre businessman will tell you it is a bad investment.

If you are an individual investor, you deduct 20% cost of managing and maintaining the building i.e. Shs 1.5 billion per year. Then you would deduct 20% as rental tax to URA i.e. Shs 1.2 billion. Therefore your net rental income would be Shs 4.7 billion per year. It would take 30 years to recover your money i.e. a rate of return of 3.3%.

If it were owned by a company we can assume maintenance and management costs at only be 10% of gross revenue. So the profit on rental income would Shs 6.6 billion. Against this, URA would charge 30% profit tax (Shs 2 billion), leaving a net profit of Shs 4.6 billion. If the investor paid herself a dividend of this amount, they would pay 15% withholding tax i.e. Shs 700m to URA. Net income would be Shs 3.9 billion. It would take 35.6 years to recover initial investment – a rate of return of 2.8% per year.

We can be fair to URA and also include the appreciation in the value of the building as part of the rate of return on investment (an unrealized gain – but a gain nonetheless). How much can such a building appreciate especially in Kampala? Given the size of the building and the size of our economy, I do not see many investors who can afford to buy it. With a limited market for buyers, the rate appreciation in its value must be very low indeed.

To understand this better, just imagine URA decided to sell that building to a private investor on the understanding that it would pay him rent of Shs 7.4 billion per year. Only a thief who did not work for that money (and therefore not interested in calculating the rate of return) would pay Shs 139 billion for a building whose annual rent is Shs 7.4 billion. A private investor would look at the rate of return on alternative investments before making such a decision.

Imagine a lazy investor that does not want to do any bothersome business. He just gets his Shs 139 billion and puts it either in a fixed deposit in a commercial bank or buys ten years treasury bonds. Any of these lazy investments can earn him an interest rate of 15%. This amounts to Shs 21 billion per year while sitting on his balcony sipping coffee, playing golf, globe trotting and indulging his other hobbies. URA should have done exactly this for herself.

If URA were a private company the board and CEO would have been fired. The building may have improved Kampala’s skyline and given us prestige that an institution of our government owns such a magnificent piece of architecture. I do not undervalue the emotional significance of such a feeling. However, as a business investment, the headquarters is disaster most especially given the cost of building it.

In fact URA could have had that same headquarters with a better business model. It would have asked private firms to bid to build a headquarters for it to rent. It would also have insisted that only Ugandan nationals are qualified to bid. URA would have put it in the bid that it has Shs 7.4 billion to pay in rent per year. This would have made investors careful about the size and cost of the structure.

If URA got such a deal, it would actually pay Shs 7.4 billion in rental income and earn Shs 1.2 billion back in rental tax (if owned by an individual) or Shs 2.7 billion (if owned by a company). By building her headquarters, URA has registered great prestige but has not saved any money on rental income. It has lost it.

Here is another approach: if URA really wanted to save money, it would have invested that Shs 139 billion in a ten year treasury bond at 15% and earn Shs 21 billion in interest per year. Then it would have continued to pay Shs 7.4 billion in rent and get back taxes worth Shs 1.2 billion – a net pay of Shs 6.2 billion. It would get this money off her Shs 21 billion interest earnings on the treasury bond, and remain with Shs 15 billion. So her bond investment would keep growing by 12$ per year while her rent is taken care of. That is smart business!

There is a strong feeling across the world that governments need to own the buildings in which their offices are located. This may increase the prestige of government but it is rarely economically productive. Government ownership of office buildings reduces the size and dynamism of the real estate market in any country, a factor that may please citizens but harms the economy. It is hard to build a real estate market in a city where government is a big landlord.

One of the factors that drove Uganda’s rapid economic growth rates in the late 1990s all through to 2010 was the progressive withdraw of the state from real estate by selling government pool houses. This created a huge market for houses, led to a renovation boom and improved the quality of housing in Kampala. We have not digested the benefits of this government policy.

I have a caveat. When renting office space, government should ensure that it rents from her own citizens who re-invest in the economy. When government sells off her houses to its nationals and pays them rent, there is no net deduction from the economy. Instead assets that were previously not being traded and from which there was no rental income now become part of market operations.

If there is a lesson to learn from the new URA building and from the sale of government pool houses, it is that the private sector can do better than government in the real estate market. Today government of Uganda owns many magnificent pieces of architecture as offices for her many ministries and departments. To admirers of this model, this saves government a lot of money it would have paid as rent. Actually this is an economically disastrous strategy. These are buildings, not real estate, since they cannot be traded.

It is not the business of government to save money but to spend it. This is especially so when such expenditure promotes economic dynamism. When government owns her offices, it means it is holding property that cannot be bought and sold as real estate. It is dead capital. No one can take a mortgage using it as collateral to make new investments. And there is no income generated from such magnificent structures. It is good politics but bad economics.

Today every government institution in Uganda is building its own headquarters on the misguided belief that they are “saving” money. Yet they are shrinking the size of our real estate market, freezing revenues that would be generated as rental income to the private sector (against which government would earn tax revenues) and also starving the private sector of streams of income that would be used to make new investments. The cost of this model exceeds its benefits.

If government wants to save money from rent, it should buy or build embassies and residencies of our diplomats abroad. This is because each and every coin it sends abroad to pay for rent is a net deduction from our economy to the economy of the host country.

If nearly all government offices were owned by the private sector, our nationals would be earning huge sums of income. URA would be collecting a lot in taxes. This ownership structure promotes economic dynamism as the private sector owners would be making new investments every year from their rental income.

Andrew Mwenda is a Ugandan journalist and political commentator