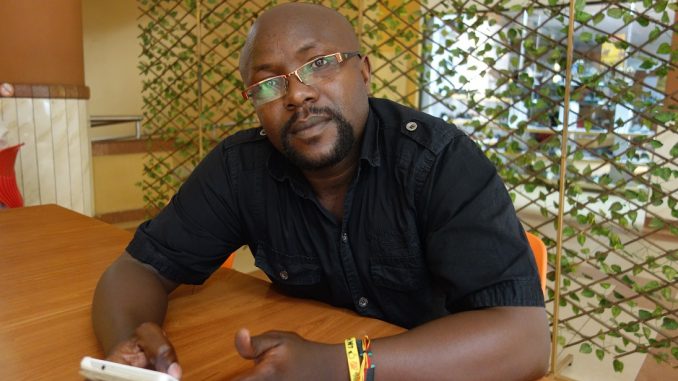 The news which broke on Tuesday morning made headlines in major publications including government owned New Vision.

People Power is a slogan used by opposition stalwart Robert Kyagulanyi a.k.a. Bobi Wine in his campaigns against President Museveni’s 33-year rule.

The slogan is used to depict that Power belongs to the people as is stateted in the constitution nad he says he is fighting to make sure so.

But on Tuesday morning, it was reported that the words [People Power] had been registered by Museveni loyalist promoter Balaam, sparking hate speech and abuses against the latter.

“I am shocked at our media. All radios I have listened to today are reporting that Balaam Barugahara has registered an NGO called “People Power”. Even the New Vision carried a story online. Who exactly has seen the registration certificate of this NGO?” Wanyama wondered in a post via his Facebook page.

“I can understand the social media crowds a.k.a. netizens spreading unfounded news but any media worth its credibility should verify this information,” he added.

Wanyama’s comments followed the emergence of a notice of intention to sue issued by Barugahara to fellow promoter Andy Mukasa of Bajjo events who reportedly started the rumour.

Balaam has since denied registering the words or any organization in the said words, calaling on his nemesis to issue an apology.