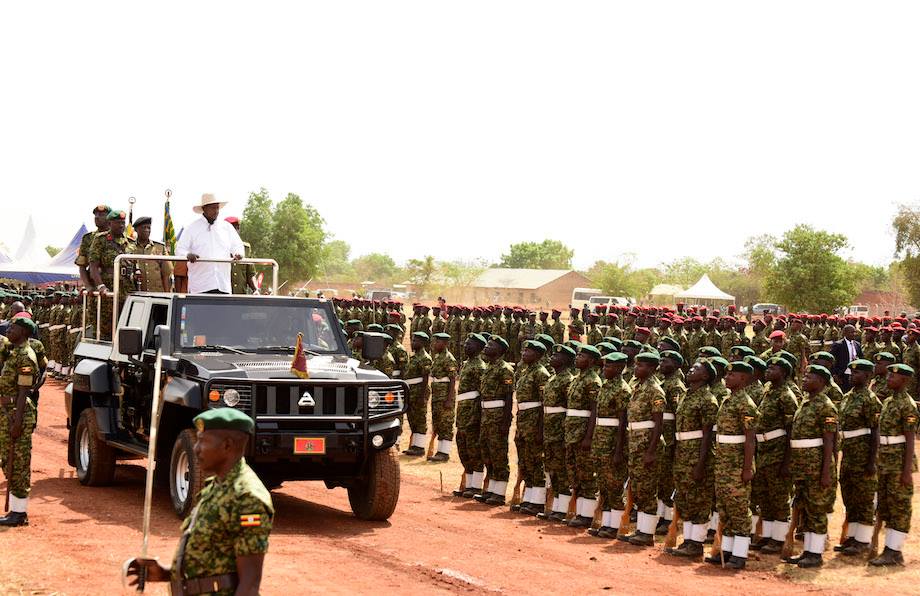 President Yoweri Museveni, also Commander-in-Chief of the Uganda Armed Forces has assured Ugandans that the Uganda People’ Defence Forces (UPDF) is strong and well equipped to secure Uganda from any forces of destabilisation adding that those that attempt to destabilise Uganda will destroy themselves.

“Nobody can disturb our peace. Anyone who thinks of destabilising Uganda, will destroy themselves and even those who have been killing people in Kampala, will be defeated and destroyed,” he said.

The President, who was accompanied by, Mrs. Janet Museveni, made these remarks during Tarehe Sita celebrations marking the day 38 years ago when the then NRA launched the liberation struggle by attacking Kabamba Barracks on the 6th February 1981.

The celebrations were held on Wednesday afternoon at Kitgum Core Teachers College in Kitgum Municipality, Kitgum district in Acholi Sub-Region. 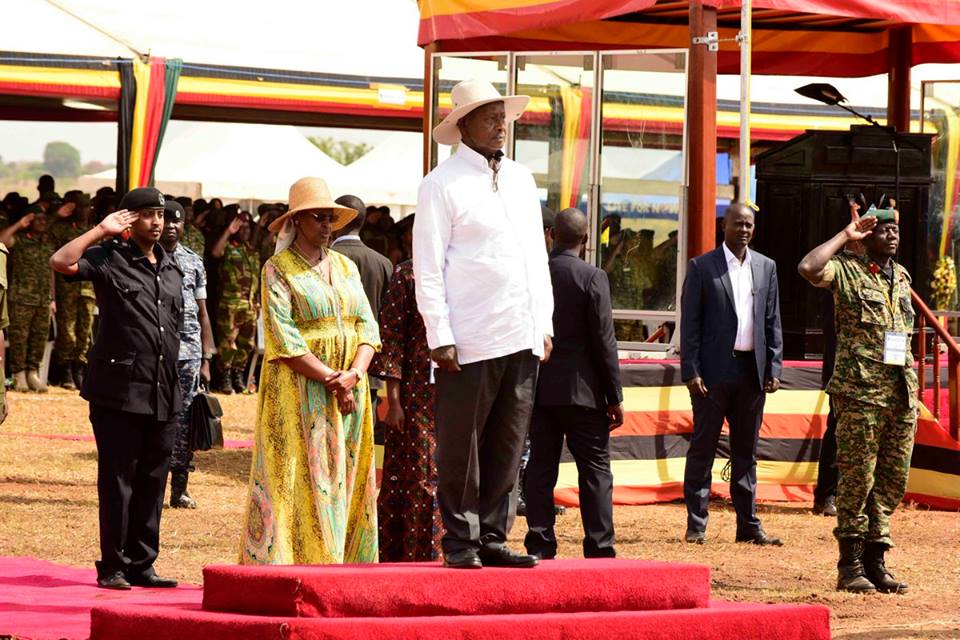 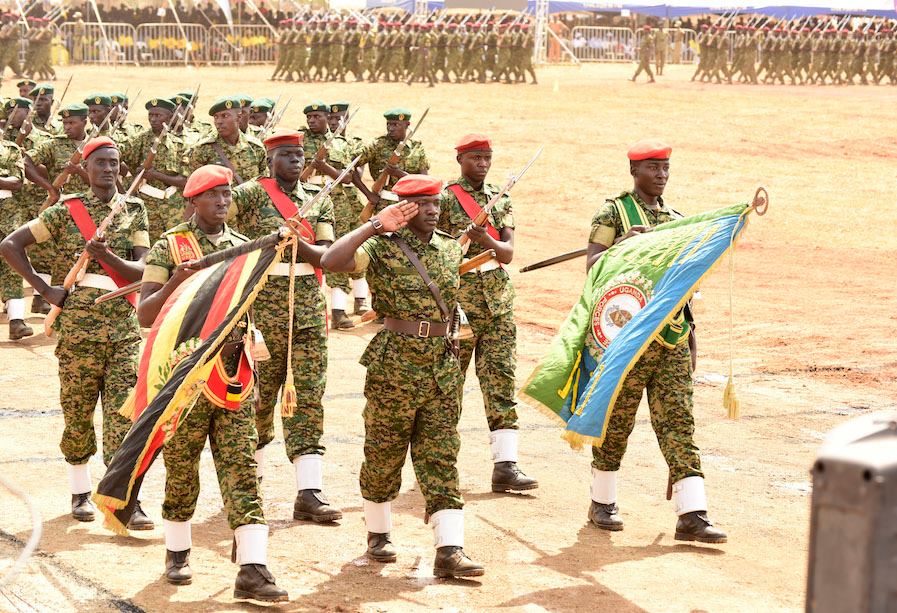 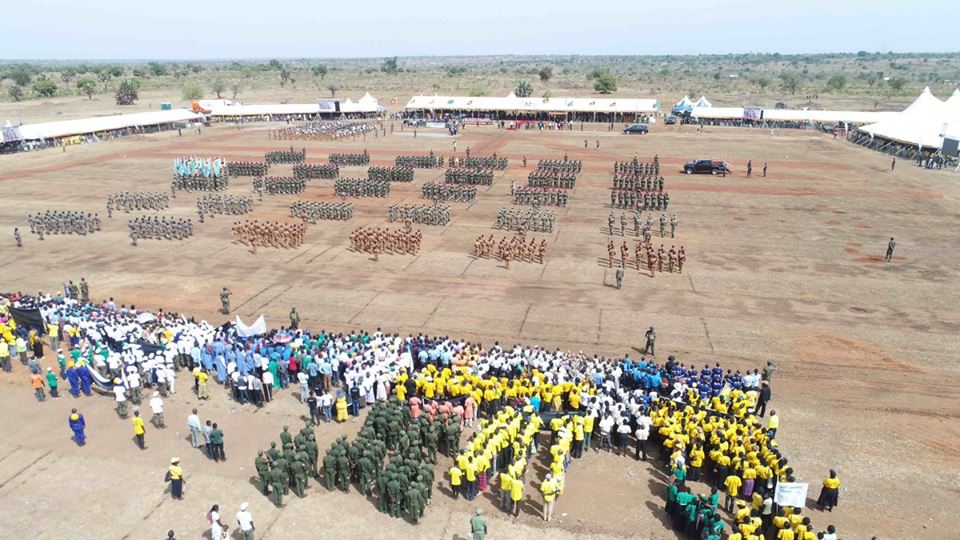 Museveni said that the National Resistance Army (NRA) which later became UPDF, has managed to grow from strength to strength in the last 38 years because it was founded on the right ideology that emphasized discipline, patriotism, Pan-Africanism and the socio-economic transformation agenda.

He said that the UPDF started by liberating, pacifying and guaranteeing peace and security in the entire country.

Museveni said that although there had been attempts by several post-colonial Ugandan governments to build a National Army, they all failed because the different governments and groups had failed to clearly identify and determine the purpose, ideology and character of such a national force.

He added that they ended up developing forces that lacked a clear ideological orientation, were indiscipline and lacked a national character.

He said that it was no wonder that Uganda failed to develop a national army until the liberation forces of the National Resistance Movement came to power in 1986.

He noted that to strengthen the UPDF to the current professional standard, the Army had to be clearly politically oriented with patriotism and Pan-Africanism at the forefront of their training. He stressed that African Armies needed a pan-African orientation because they had to know that no single African country can stand on its own, especially economically. Therefore, he added, the stability and prosperity of the African continent is important for all the African countries. 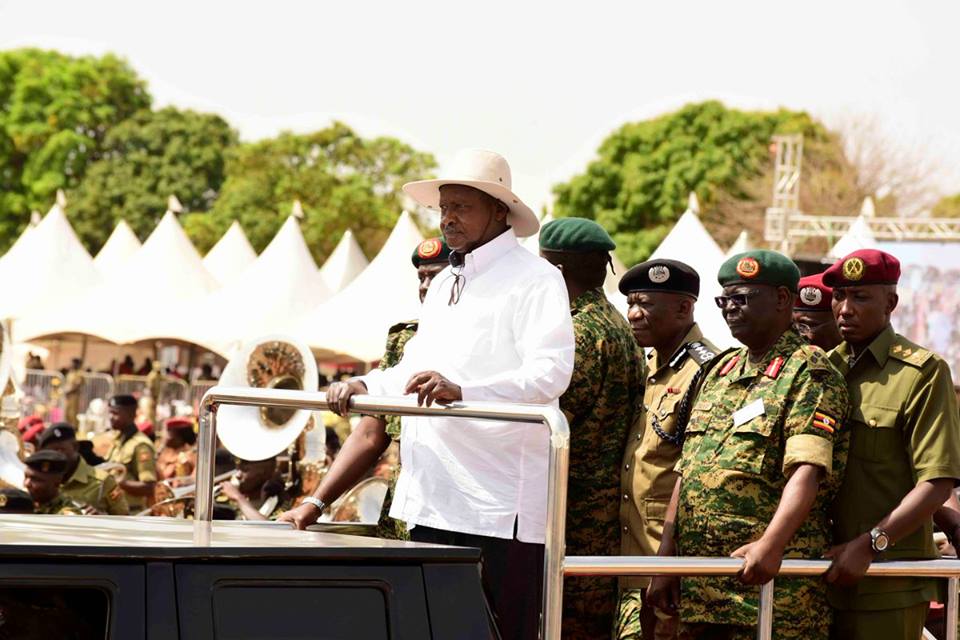 On the issue of Apaa area in Northern Uganda, the President said political leaders, using the platform of cheap popularity, have escalated the conflict. He cautioned them against opportunistic politicking that has incited people against each other and warned all people against using violence to solve a matter that can be resolved through dialogue.

Turning to development in the Acholi Sub-Region, Mr. Museveni said that the NRM government had laid the base for the development of the area. He cited the many new tarmac roads that link the Sub-Region to the entire country and the neighbouring countries. He also said that the Northern Region will be the electricity hub for Uganda with the completion of Karuma Power Dam. He, therefore, asked the leaders in Northern Uganda to welcome the many investors that want to plough resources in the region by availing them land for investment.

The President pledged government commitment to budgeting and paying the Northern War debt claimants. He attributed the delay to pay them and the veterans, to the overlapping government programs that can’t all be handled at the sometime.

The Minister of Defence and Veteran Affairs, Mr. Adolf Mwesige, commended President Museveni for the effort expended in the nurturing of UPDF and credited the Army for being patriotic, disciplined, professional and nationalistic. He said that those attributes have made the National Army admired in the whole world.

He equally commended the UPDF for the return of peace in Northern Uganda and thanked the people of the Acholi Sub-Region in particular and Northern Region for the support to the UPDF during the fight against the Kony bandits. 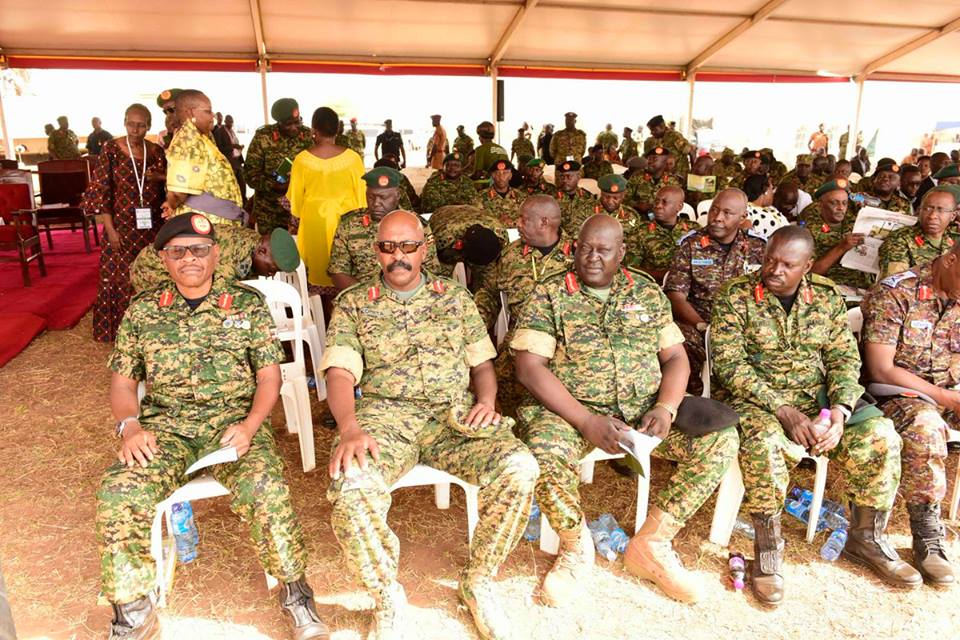 The Chief of the Defence Forces, Gen. David Muhoozi said the UPDF is well equipped to stand firm and defend Uganda against any form of security threat having successfully pacified the country. He lauded the good job done in the Acholi Sub-Region by the Army during the Army Week. He said the exercise was conducted to thank the people of the Acholi Sub-Region for standing with the UPDF during the days of insecurity.

During the celebrations over 200 people, civilians and in the military, were awarded medals for their contribution to the country. Representatives of the armed forces of Ethiopia, Kenya, Tanzania, Zimbabwe, Burundi, South Sudan, Rwanda and the East African standby force, attended the celebrations.