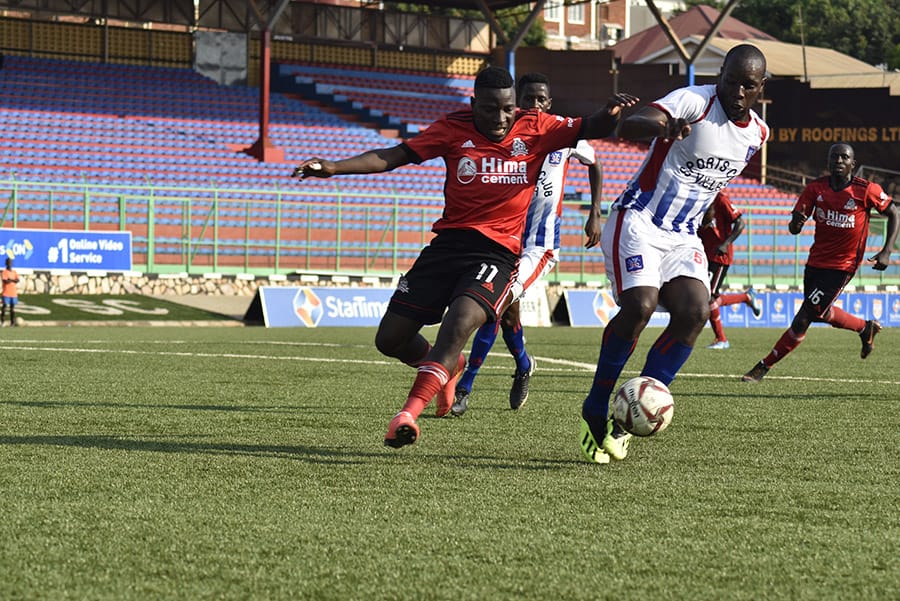 Vipers chances of retaining the Startimes Uganda Premier League have taken a major blow as they turned into makers of own downfall, falling to a miserable 3-1 defeat at the hands of bitter rivals SC Villa at St Mary’s stadium.

Having enjoyed a superior head to head against the Jogoos in recent years, the league defending champions would have been confident heading into this league fixture but were left humiliated infront of home fans.

After keeping clean sheets in the last two matches, it took Vipers just eight minutes to concede at Kitende, with Moses Waiswa the culprit as he misplaced a pass to Sulaiman Majanjalo who in a quick counter attack found Pius Wangi to assist Charles Lwanga for the shock opener.

Yayo Lutimba was also at fault 10 minutes later when he misjudged a through ball from the left resulting into a corner kick which Emmanuel Kalyowa floated into the area to find unmarked Wangi whose header Livingstone Mulondo in a desperate attempt to save, helped it over the line for a 2-0 lead for the visitors.

However, despite the defensive flaws, the Venoms were far from poor in attack with Tito drawing a stunning save from the goalkeeper Saidi Keni while Innocent Wafula hit the upright after Karim Niyizigimana picked him up and he sent the rebound into the skies.

It was Tito who clawed one back as Karim’s well calculated cross from the right found Mulondo to head into the striker’s path to reduce the deficit.

The three time league champions continued to probe with Tito, Wafula and Dan Serunkuuma looking likely to equalise but Villa held on to the lead into the break 1-2 up.

Disappointingly, just 4 minutes upon resumption, Villa benefited from another error as Yayo gave the ball away naively before committing a foul and Kalyowa duly punished us, as his free kick found Joseph Semujju’s head to make it 3-1 to completely kill off the would be remaining spirit.

Yayo then suffered the indignity of a rare substitution when Ouma opted to replace him with Duncan Seninde on 67 minutes, highlighting the height of his ineptitude.

Other rolls of the dice, saw the coach sending on Hamis Kiiza in place of Tito while Abraham Ndugwa came on for Rahmat Ssenfuka but nothing changed as Vipers was already doomed and will now approach the next match against Tooro United on Tuesday, with plenty of issues to address.

It was a disappointing defensive showing as the Venoms suffered a first league defeat in 34 matches and Tadeo Lwanga’s late caution automatically rules him out of the immediate encounter away in Fort Portal at Buhinga stadium as Vipers remain 4 points off the top.