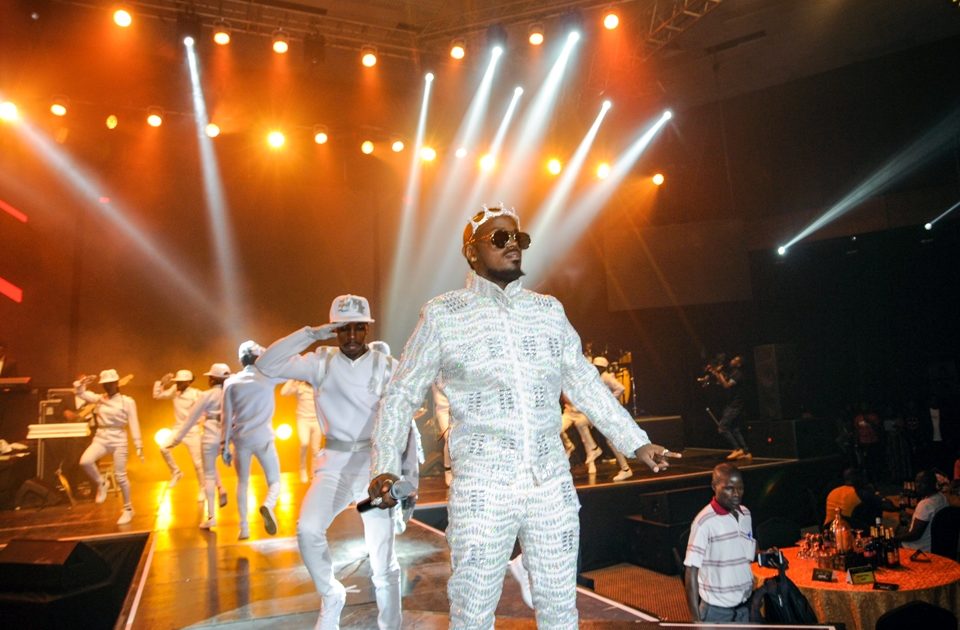 Friday night for most local music lovers in Kampala went down as a normal party night. But for Wycliffe Tugume, popularly known on the music scene as Ykee Benda, it was a dream come true.

The “Farmer” and “Superman” star proclaimed it over and over during his maiden concert dubbed “Singa” that was held at Victoria Hall at the Serena Kampala Hotel.

Clad in all-white outfits, Ykee Benda and his dancers stepped on stage a few minutes after 9pm and received cheers from the audience.

The excitement on the artiste’s face was evident as he kicked off the night with “Onabaayo”, in which he is asking whether his friends will be meeting at their favorite hang-out spot.

The audience seemed to respond in the affirmative, owing to the fact that at exactly 9pm, Victoria Hall was a full house. One of the notable faces that graced the event were the Prime Minister of Buganda, Owek. Charles Peter Mayiga who is also an ardent fan of local Ugandan music.

The excited artiste went on to perform “Ekirooto” and “Malaika” in honor of his parents who he said had other dreams of him.

He commended them for not having given up on him even when he chose a path they did not agree with in the beginning and urged the parents present to give their children a chance to dream.

While addressing the press, Francis Kirabira, Brand Manager Bell Lager expressed his excitement at how the event had turned out saying, “We are proud to have supported Ykee Benda and brought this Bell Jamz experience to our consumers, his fans and music lovers. As the biggest supporter of Ugandan music, our commitment remains to nurture local music talent to deliver the best music and party experiences this country has seen.”

The Singa celebration also featured performances from popular Ugandan musicians like Rema Namakula, Feffe Bussi, who kept the crowd on their feet with some of their popular hits like “Whistle”, “Touch my Body”, “Business” and Myko Ouma who made a very touching tribute to Mowzey Radio with “Lwaki Onumya” and “Katonda Tambula Nange” respectively.

Ykee Benda returned to the stage at exactly midnight to close the concert in a very memorable way with his long-awaited “Singa”. 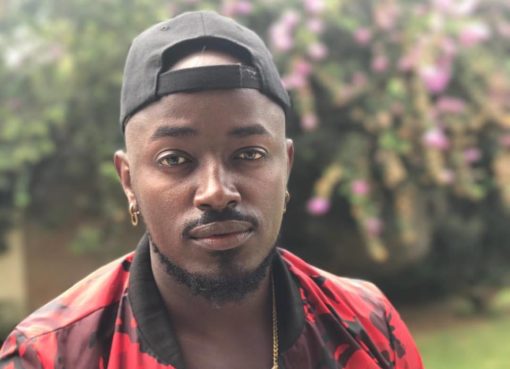 Singer Ykee Benda Not to Perform at 2018 World Cup 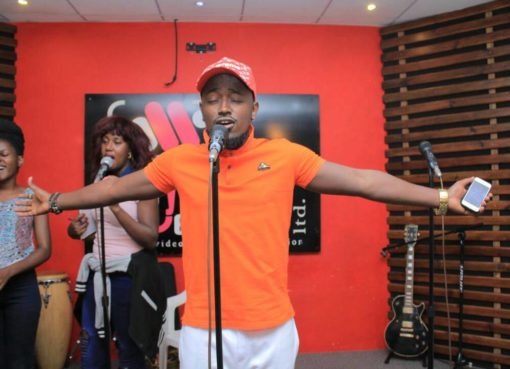 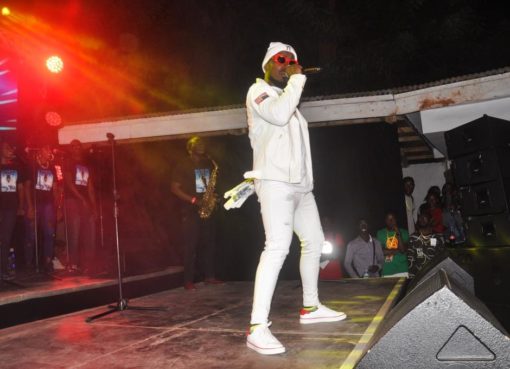 PHOTOS: How It Went Down at Ykee Benda’s Album Listeners’ Party