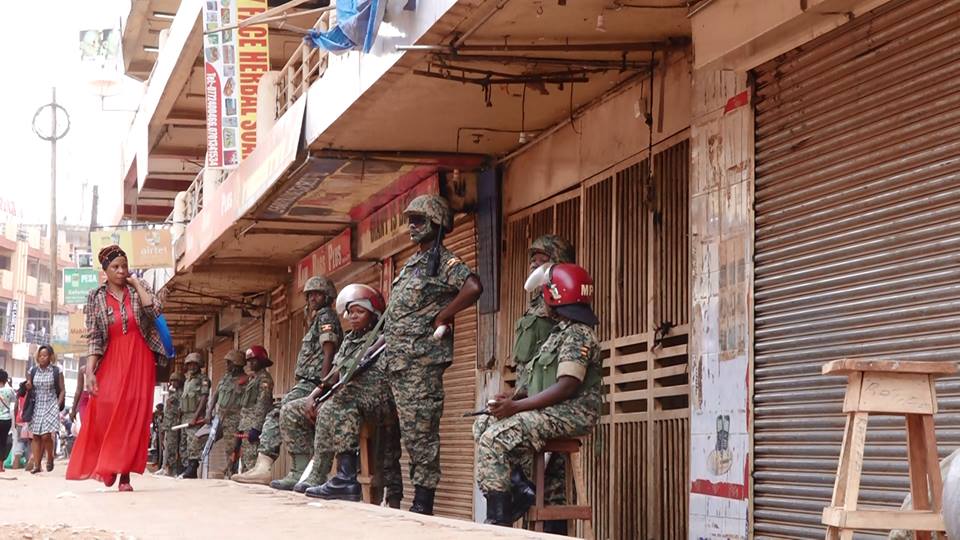 Government has condemned the closure of downtown arcades; Qualicell Mall, Nabukeera Plaza, and Jamboree shopping mall following a management and ownership dispute that has put the owners at loggerheads with tenants.

On Wednesday 3rd April 2019, some agents to the landlords sealed off the premises by welding the shop entrances without giving any alternative accesses into the building, bringing business to a standstill as tenants protested against the closure of their shops.

In a statement, state minister for Kampala Betty Namugwanya directed that the arcades be opened as a lasting solution to the dispute in being found.

“We wish to condemn the unacceptable actions by some property owners who have been closing shopping arcades without any notice or even due regard to the livelihood of tenants operating in those premises,” Minister Namugwanya said.

She added that Government is also fully aware of the on-going property dispute which has dragged Mr. Drake Lubega, Mr. Mansour Matovu a.k.a.Young on the one hand, and the late Charles Muhangi’s family interests in the complex along Nakivubo Road.

This dispute and wrangle has for several months now adversely affected a number of businesses and tenants housed in the arcades.

According to Minister Namugwanya, Government has made the following decisions as the dispute is being resolved:

1. The deployment of Police and other security agencies shall remain in force in and around the disputed property to keep law and order until the situation becomes calm and normal.

2. Police is also directed to ensure that the premises are accessible and calm and that there is no unwarranted disruption of business operations.

3. Regarding property ownership, the status quo shall be maintained until the issue of ownership is determined by court or until court issues a Contrary Order.

4. In the interim, no rental arrears shall be demanded from tenants who have proof that they paid to Mr. Muhangi for the period when he was in possession.

5. Government, through the Attorney General’s office shall negotiate a modality of opening up an escrow account, where all disputed or accruing rent for the period after February 2019, shall be paid and held therein until the final case is determined by courts of law.

6. The tenants are advised to continue paying rent as it falls due.

7. All affected tenants are hereby advised to remain calm and to cooperate with the landlord currently in possession of the property, as Government finds a lasting solution to this stalemate.

8. This therefore is to call upon all business owners in the shopping malls downtown Kampala and indeed elsewhere in the City to proceed normally with their business operations.

9. Landlords should stop locking up shops or even welding entrances without following lawful procedures to enforce recovery of any outstanding rent from the tenants.

10. Furtherto the above, Government has also noted with concern that there is on-going construction works being carried out by Mr. Drake Lubega on part of Plot 50-52 Nakivubo Road without obtaining development approval from the Kampala Capital City Authority. Mr. Drake Lubega is thus instructed to follow the development procedure.