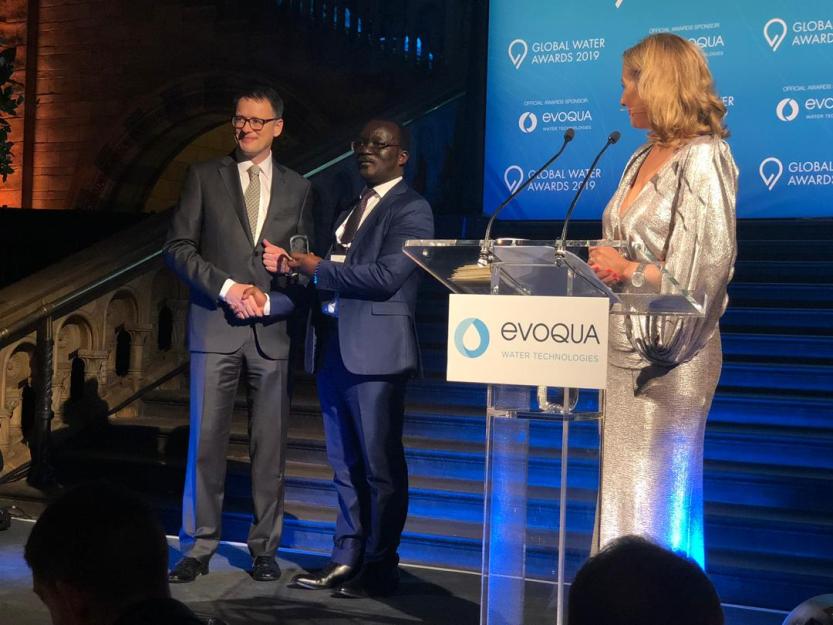 Established in 2006 by Global Water Intelligence, the awards recognise the most important achievements in the international water industry within several categories, and reward those initiatives in the water, wastewater and desalination sectors that are moving the industry forward through improved operating performance, innovative technology adoption and sustainable financial models.

The Water Leaders’ Award goes to the publicly owned utility from a developing country that is able to demonstrate an outstanding step-change in performance improvement.

In addition, NWSC was recognised for its efforts to transform the utility into sub-Saharan Africa’s most banakable water utility after securing the continent’s highest ever credit rating for the sector.
South Africa’s Global Credit Ratings Co assigned NWSC a long term national scale issuer rating of AA (UG) and a short term rating of A1+(UG).

This is the second time NWSC is receiving the Distinction Water Leaders Award, having won the same prestigious award in Paris 4 years back.

Speaking at the award ceremony, Dr. Eng Silver Mugisha attributed the award to the support from the Government of Uganda, the Board and committed staff at NWSC and corporation customers who support the utility by paying bills promptly.
“We are aggressively extending our network to serve more people in the country. In addition, we we working on water supply stabilization plans to address all wate supply challenges in the network and large infrastructure service delivery projects aimed at improving access to clean safe water and sanitation services in Uganda.” he said