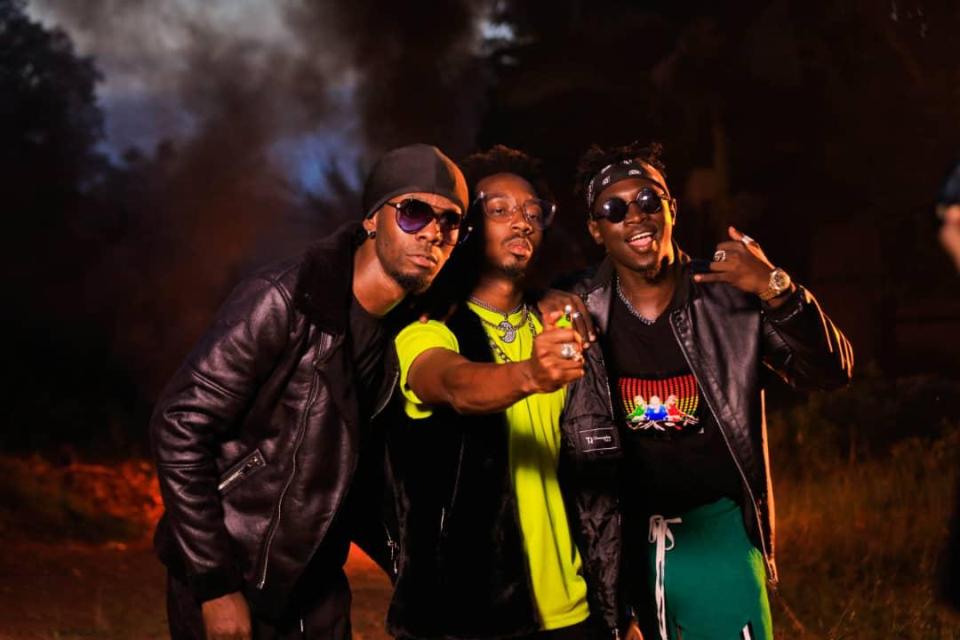 Following the successful premiere of “Boss Up” by DJ Crim at the 23rd edition of Blankets and wine, the award winning deejay has finally let the monster track out of the vault and onto our playlists.

For the first time in the festival’s line up of performers, the revelers were treated to something new and different as DJ Crim unveiled the video on the giant screens and the music through the speakers.

“Boss up” is the latest single of DJ Crim’s upcoming album and features the sensational award winning rapper Mun*G who drops a witty versatile verse as Vyper Ranking, a rising dancehall act brings the dancehall vibe to boss up on the track like no other.

Andy Muzic the producer of the track fuses two worlds of hip-hop and dancehall to create a banger off the album.

To paint the picture completely, Deejay Crim tapped Grate Make to direct the visuals to the banger.

The visuals compliment the audio as they fused both the dancehall and the hip-hop world and at the center of it, the deejay, who brings both worlds together on the dancefloor and that is the turntable guru Deejay Crim.

He is a Radio & TV show DJ and host with Urban Television Uganda and Hot 100.9 FM.