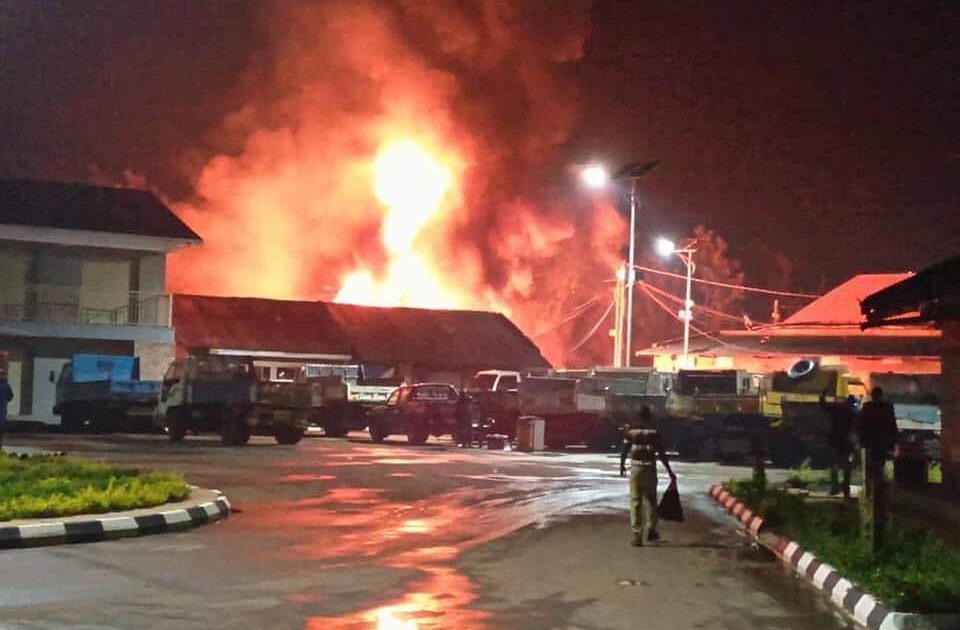 One person died on spot and six others were injured on Monday evening when fire broke out in Fort Portal Town, Kaborale District, Police has said.

The incident happened at around 9:00PM at Town Centre near bus park in Fort Portal town where a track carrying fuel in jerrycans and plastic drums caught fire killing one person on spot and injuring six others.

SP Kanyesigye says investigations into the cause of the fire out break is on going.

One car belonging to Arinaitwe Raymond, a motorcycle and three shops were destroyed completely by the fire, while five other shops were partially burnt. 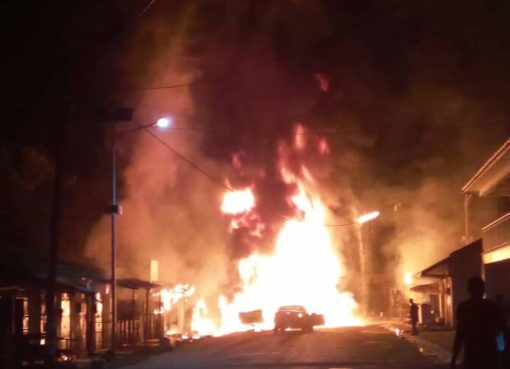 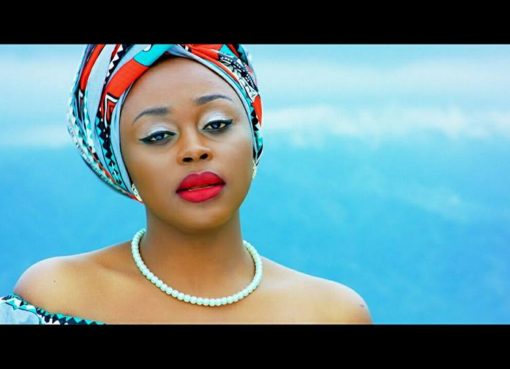