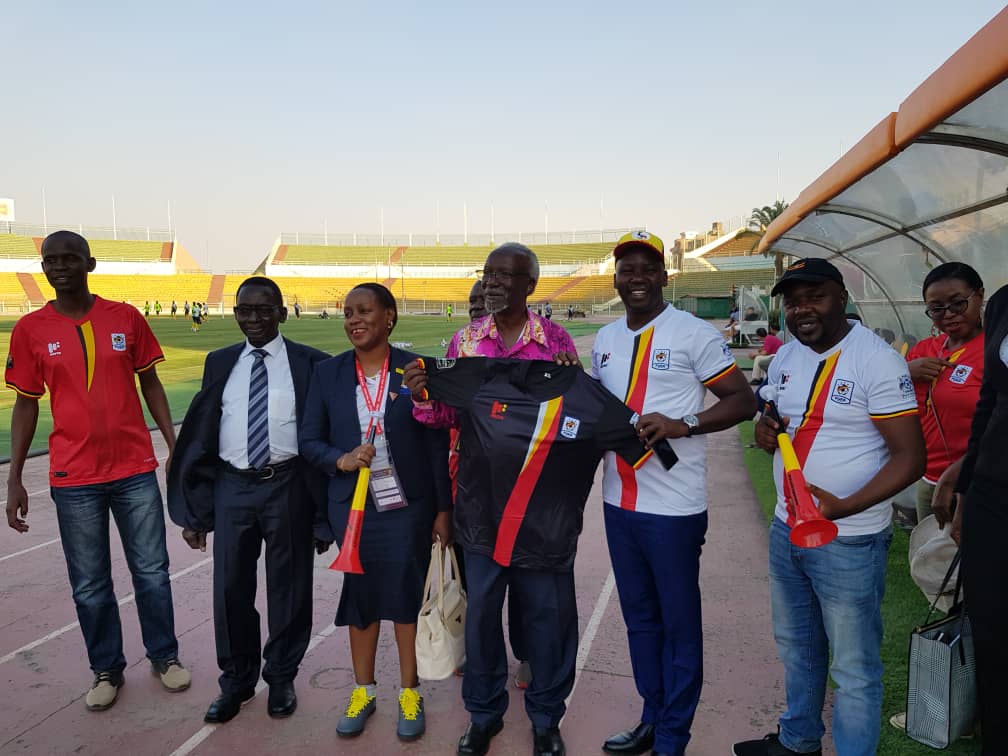 The Uganda National team which was named after the Crested Crane (Uganda’s National Emblem), has already put up a great performance, beating DR Congo and drawing with Zimbabwe in their first and second games respectively.

According to the State Minister for Tourism, Wildlife and Antiquities Hon Godfrey Kiwanda, the Uganda Cranes participation in this year’s games will help market and position Uganda as a sports tourism destination.

“We are so happy for our first win and we have hope that the Uganda Cranes team will do well”.

This comes on the heels of a UGX 200m sponsorship agreement signed between Uganda Tourism Board and Federation of Uganda Football Association.

At the moment a number of Uganda Tourism Delegates led by Hon Kiwanda are in Egypt to support the Uganda Cranes team and market destination Uganda at the same time.

“Egypt is well known world over for the pyramids and River Nile. Well, as a country that has the source of the Nile, we feel that this is a great opportunity to market the source of the river as well as our tourism potential to the rest of the world while utilizing this sports platform,” he revealed.

According to UTB CEO,Lilly Ajarova, they will set up a hospitality tent in Egypt where visitors will get the chance to learn more about Uganda as well as understand the countries tourism packages with emphasis on the uniting attraction that is River Nile.

“We have invited dignitaries from all the AFCON 2019 participation nations and we shall treat them to the Ugandan experience. We have also planned an open day where everyone will be invited to try out the Ugandan cuisines, learn the Ugandan culture as well as experience her hospitality,” she said.

Uganda which is in Group A, faces Egypt in its next game slated for Sunday June 30th, 2019.

Sports and Travel are with no doubt interlinked and this has been witnessed across the globe as sports fans have turned out to be great travelers, visiting different destinations as sports events continue to take place.

Without doubt, Uganda Cranes’ participation is AFCON is a great deal for Uganda both in terms of sports and tourism.