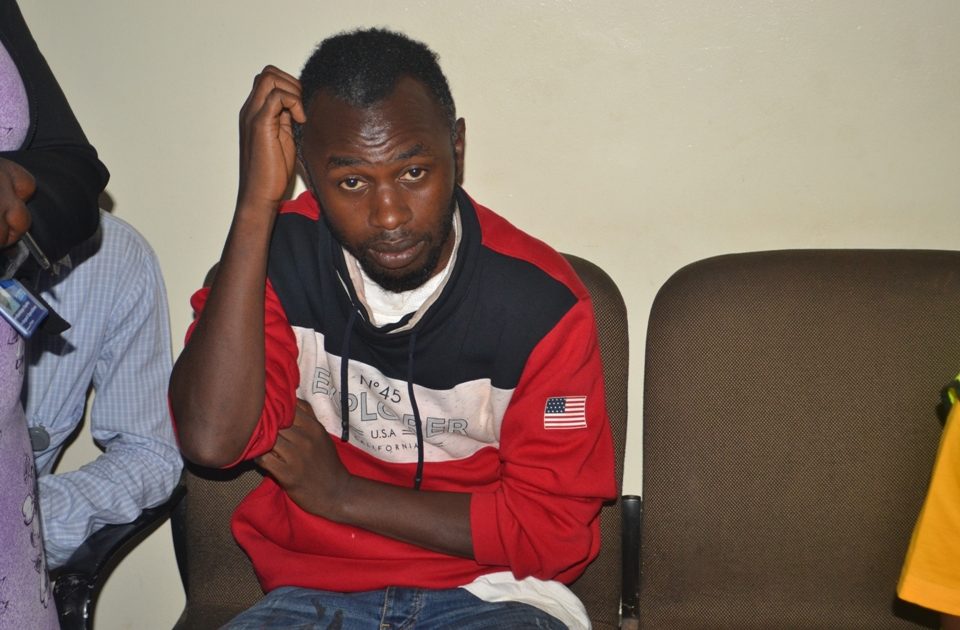 Kampala Metropolitan Deputy Spokesperson Luke Owoyesigire while addressing journalists at the Aviation Police (AVPOL) in Entebbe said Ssemwogerere who is a resident of Gangu Busabala road in Wakiso district was intercepted on 23rd June at the departures hold baggage on his way to New Delhi India.

“He was arrested after the scanners detected he could be having some illegal substances in his bag, it is upon that that the search has been carried out on his bag and we found a false bottom where we managed to get the drugs,” Owoyegire said.

“After weighing we were able to establish that they are three kilograms. Tentative tests have been done but we are yet to send the samples to the Government Analytical Laboratories (GAL) to confirm and give us a report which will be used to ensure the suspect is prosecuted,” he added.

Owoyesigyire said Semwogerere will be charged with unlawful possession of narcotic drugs contrary to section 4(1) and 2(a) of the Narcotic Drugs and Psychotropic Substances (control) Act 2016.

The spokesperson said this is the ninth drug suspect arrested by the Aviation Police at the airport this year with investigations into six of the suspects completed awaiting trial before court.

“The most common way used to conceal the drugs by traffickers is the false bottom, they have a substance that they always apply on their bags to repel the sniffer dogs but whoever is arrested engaging in this crime will be dealt with in accordance to the country’s laws,” he said.

A fortnight ago Dutch National Mr Jhinkole Rai alias Ruben was arrested at Entebbe airport with heroine worth Shs 7.5 billion that was concealed in chocolate packets.

Heroin is produced in Asian countries and trafficked to Uganda, which is considered as a transit country for narcotic drugs to Europe and United States.