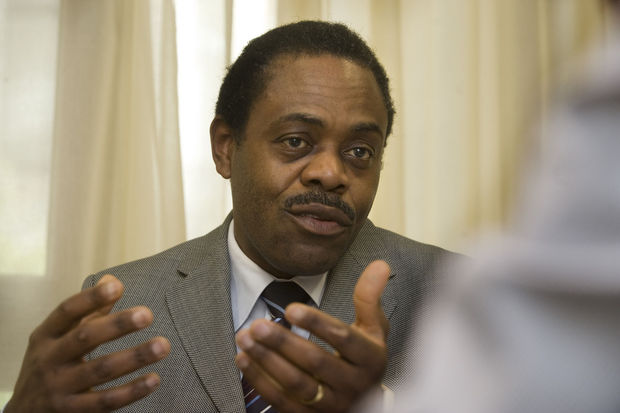 The health minister in the Democratic Republic of Congo has resigned in protest at the handling of the Ebola outbreak in the east of the country.

In his resignation letter, Oly Ilunga condemned a decision by President Félix Tshisekedi to replace him as the head of the Ebola response team.

He also criticised what he described as outside pressure to roll out a new experimental Ebola vaccine.

The outbreak has killed more than 1,700 people over the past year.

Why is Mr Ilunga resigning?

In his letter to Félix Tshisekedi, he criticised the decision to remove him as head of the Ebola response team, and replace him by a committee “under your direct supervision”.

He said members of that committee had interfered with his work in recent months.

He also condemned “strong pressure exercised in recent months” to use a new Ebola vaccine advocated by some aid agencies and donors.

He said the current vaccine was the only one with clinically proven effectiveness.

How bad is the situation in DR Congo?

The latest outbreak – the second-largest ever – started in August 2018 and is affecting two provinces in DR Congo, North Kivu and Ituri.

More than 2,500 people have been infected and two-thirds of them have died.

About 12 new cases are being reported every day.

Is the vaccine working?

Yes. It is 97% effective and more than 161,000 people have been given it, according to the World Health Organization.

The response to the latest outbreak has been complicated by sporadic attacks on health workers, and conspiracy theories about the current vaccine.

It was developed during the epidemic in West Africa and has been available throughout the latest outbreak.