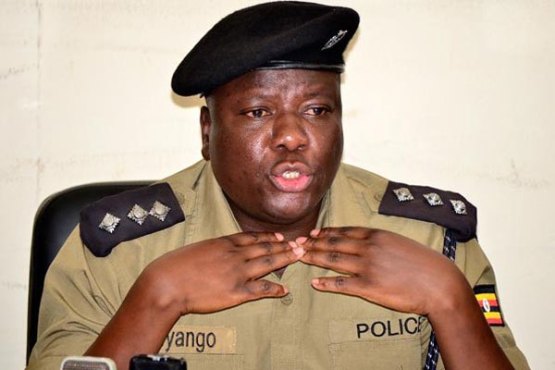 Police in Wandegeya is investigating the incident where a National Resistance Movement (NRM) party supporter was on Wednesday evening attacked by unknown people who nailed the yellow beret he was wearing to his palms.

According to Kampala Metropolitan Police Spokesperson SP Patrick Onyango, the victim has been identified as Kasumba Baker, 21 years, a resident of Avis Kivulu, Kawempe Division, Kampala.

Onyango says Kasumba, who was putting on an NRM cap, was intercepted by two unidentified men who hit him on the head and later nailed his hands.

Kasumba told police that on 28/8/2019, he left his work place at 10PM at Jesco Ham Shopping Center, heading home, but he realized that he has spent some time without visiting his mother. He decided to go and check on her.

“He decided to take a short route through Kalerwe where old spare parts of vehicles are sold. As he was about to reach the flyover, two men came and hit him on the head. He became unconcious and the two men grabbed him and nailed his hands with two nails of 6 inches,” SP Onyanga said in the Police statement.

Onyango added that Kasumba was saved by two women that were looking for their missing child.

“Two ladies that were looking for their child that went missing saw the men and they shouted that they should leave their child alone.they thought the two men were kidnapping their child. The two men decided to ran away. When the women reach the scene, they made an alarm and police of Kibe/Kalerwe responded and Kasumba was rushed to Mulago Hospital where he is receiving treatment,” said SP Onyango, who further revealed that Kasumba is out of danger.

According to Kasumba, a man on Sunday (25th August, 2019) approached him at his workplace and confronted him to stop supporting NRM and President Museveni.

“The attackers seem to have trailed him all the way from work place,” he said as he condemned the attack.

“The kind of political violence cannot be allowed in Uganda. We condemn the attack in the strongest term it deserves. Uganda is a free country, where everyone is allowed to express his or her political affiliation the way they want”. 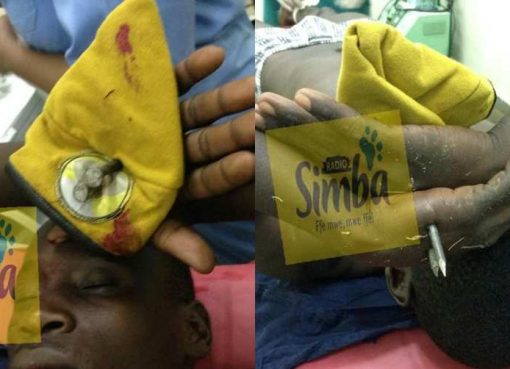