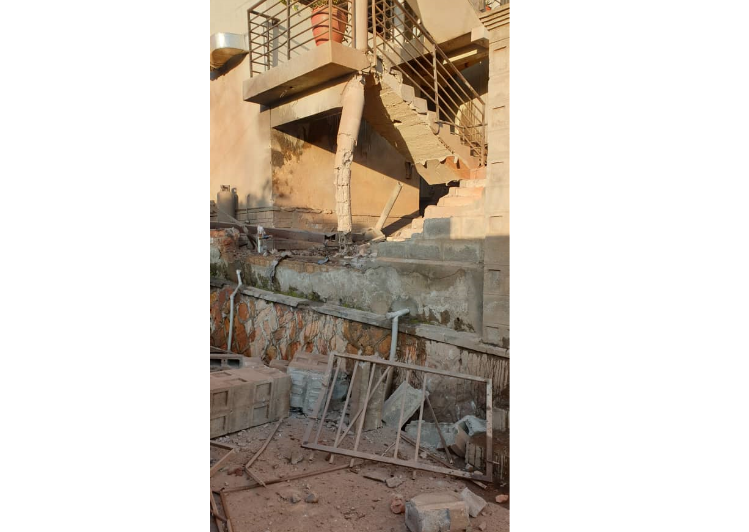 Police has arrested and detained the owner of Marco’s Gym and Spa in Kyaliwajjala over the explosion that happened on Sunday evening in Kyaliwajjala.

The explosion which was initially believed to be a bomb was later discovered to have been caused by a steam boiler which burst causing damage on a three-storeyed that houses the spa.

Police has arrested the Spa’s owner on charges of negligence which they believed was the cause of the explosion.

“Preliminary post blast intervention reveals that the explosion was due to a steam birth boiler which exploded as a result of excess heat inside the sealed metallic device. It is also suspected that the control valve for the boiler would have been faulty,” Police said.

The Tower Post can confirm that no individual was seriously injured in the blast.

The suspect is currently held at Kira Division Police.