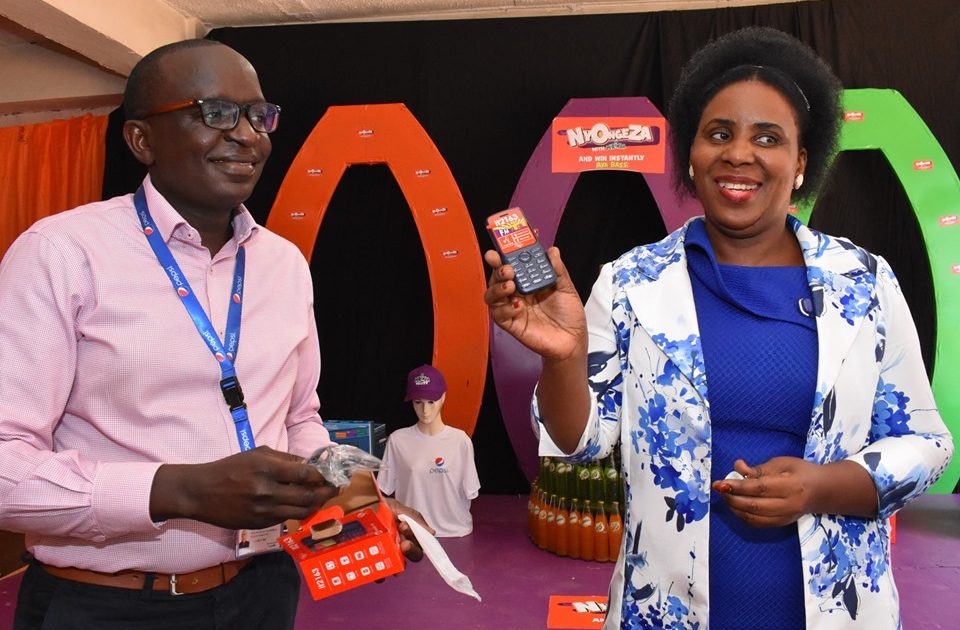 Nyongeza is a multi-ethnic Ugandan word that means, “give more” while Aya Bass is a popular slang that means, “let’s go” that was popularized by musician John Blaq (John Kasadha).

Speaking to the media at the launch, Mr. Muramiirah said, the new campaign is a continuation of the company’s giving spirit which kicked off with two campaigns; “Win Like A Baller” and “Tukonectinge with Pepsi”, in the first quarter of this year.

“Today, we embark on another exciting journey, with the Nyongeza Aya Bass campaign. In the bible, it is said, the hand that gives is the hand that receives. So, we are here to give. With Nyongeza, we are following up on Tukonectinge and we are giving people a Nyongenza, because they did a wonderful job of supporting us,” he said.

Through the promotion, CBL will give its consumers, prizes worth Shs1.5 billion Uganda shillings between September and December, 2019.

While announcing the promo, Mr. Isaac Sekasi, the Head of Marketing CBL, said, “In our last promotion our focus was on giving customers aspirational prizes including; cars, fully-paid trips to Dubai and refrigerators among other things, this time, we are rewarding consumers with prizes that give functional benefits; solar lights for clean lighting, radios for them to stay abreast with current affairs, mobile phones to stay in touch and communicate with family, business among other things.”

In addition to the prizes under the crown, consumers who follow the Pepsi, Mirinda and Mountain Dew facebook and twitter pages (@mirindaug, @pepsiug and @mountaindewug) and participate in the brand challenges stand a chance to win fully-connected DSTV decorders, Headphones and Power Banks. Online, the campaign will be promoted using the hashtag #NYONGEZA.

To participate in the promotion, a consumer will buy a 300ml glass bottle of Mirinda, Pepsi or Mountain Dew and check under the crown (chokolo) of the bottle. The prize they find is what they win. The prizes will be redeemed at any Pepsi Depot and Total Uganda stations countrywide while sodas can be claimed at our Pepsi trucks.

Award-winning musician John Blaq has been appointed the campaign ambassador for Nyongeza Aya Bass, following the commendable job he did for the Tukonectinge with Pepsi promotion.

During the Nyongeza Aya Bass market activations, consumers will see John Blaq entertain them throughout the campaign.