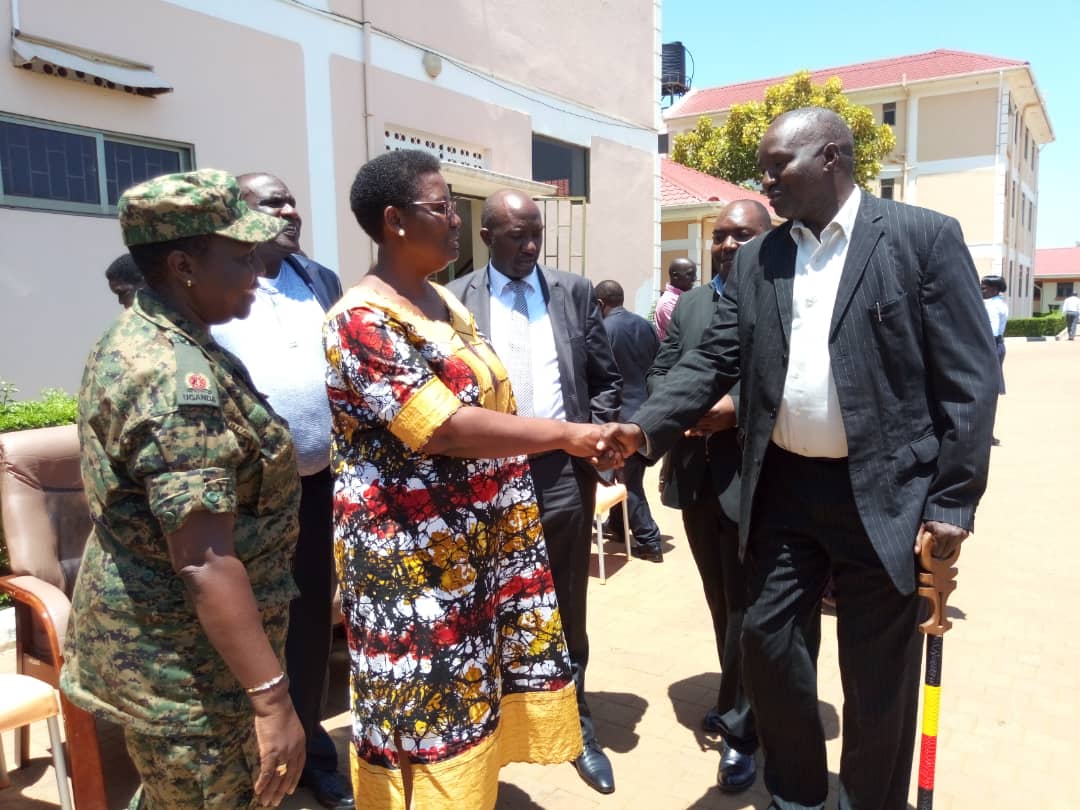 Minister for Presidency Esther Mbayo has warned RDCs operating in the Sub regions of Teso and Karamoja to desist from getting involved in local politics but rather concentrate in monitoring government programs.

According to Minister Mbayo, the reports of RDC getting involved in local politics is now too much and most RDC have used politicians to gain fame from President’s office.

Mbayo made this remarks on Tuesday afternoon while opening the two-day training workshop for RDCs from the Districts of Teso and Karamoja region in Akello Hotel, Soroti Town.

Minister Mbayo also told RDC’s who are interested in joining politics to declare their interests now so that the ministry can find avenues of supporting them.

Mbayo who spent most of her time lecturing RDC’s on their roles further told them instead of getting involved in politics they need to concentrate on eradicating poverty in the sub regions of Teso and Karamoja.

Speaking to our reporter exclusively the Serere District RDC Okiswa Geoffrey however said its true some RDC have got involved in politics saying in most cases politicians in his district both in opposition and those of NRM have tried to dupe him in but he has reject their offer.