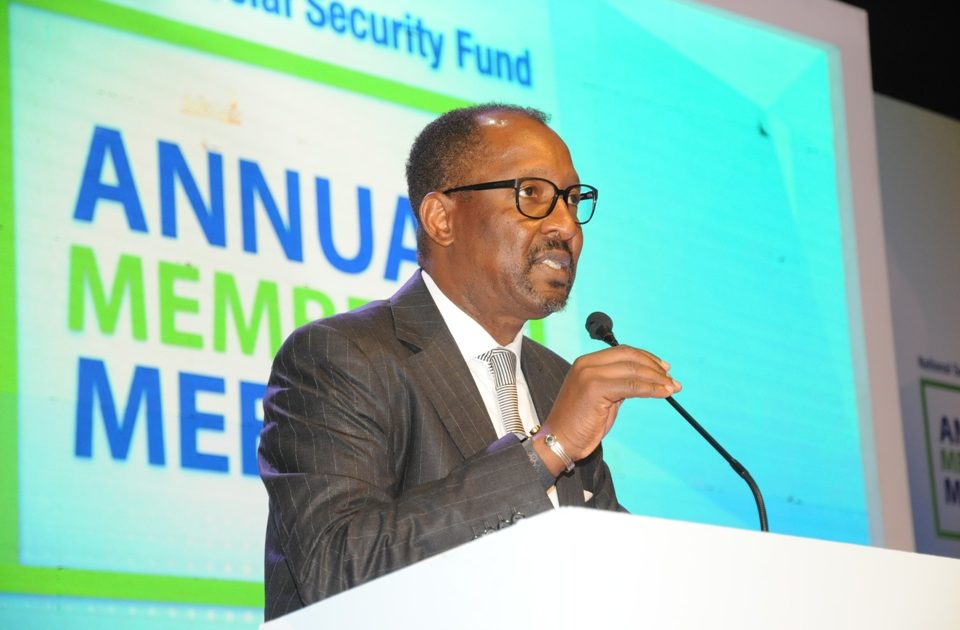 The National Social Security Fund (NSSF) has today declared an interest rate of 11% for the Financial Year 2018/2019 to its members, over and above the 10 year average rate of inflation now at 6.71%.

This was announced by the Minister of Finance, Planning and Economic Development, MatiaKasaija, during the Fund’s 7th Annual Members Meeting at Serena Hotel.

The interest declared is lower than last year’s 15% interest due to a decline in regional equity prices and strengthening of the Uganda shilling, which affected the valuation of the Fund’s holdings in all foreign currency balances and equity valuations, thus impacting the Fund’s over all income.

“The stock exchanges in East Africa, and generally in the whole of Africa suffered significant reduction in value of the listed entities, affecting entities like the Fund that invests regionally,” the Minister said.

The new rate translates into UGX 978 billion and will be calculated and credited on the balance outstanding on the members’ accounts as at 1st July 2018, in accordance with provisions of the NSSF Act.

“Although lower than what I declared last year, the rate I have declared today is higher than 6.7% – the 10 year average rate of inflation, the Fund’s benchmark. It is also higher than annual inflation of 3.4% recorded last Financial Year,” he said.

“Most important, the Fund has paid its members a real return, thus eliminating the risk of erosion of the value of their saving as a result of inflation. The savers’ money is being in real terms which is the fundamental matter for long term savers,” he added.

NSSF Managing Director Richard Byarugaba said that inspite of the difficult investment environment, the Fund performed over and above most performance targets.

“Overall, we created value for our members. In fiscal year 2012/2013, we committed to pay members a real return – at least 2% above the 10 year inflation. We have consistently delivered on this promise and have done so again this year,” he said.

NSSF Board Chairman, Patrick Byabakamare assured members that the Fund was on a growth trajectory, having grown its assets under management by 13.6% from UGX 9.9 Trillion in the previous financial year to UGX 11.3 trillion in 2018/2019.

He also said that the Fund’s focus going forward will be to conclude the Real Estate projects as well as innovations to be responsive to needs of the members that will be occasioned by the proposed NSSF Amendment Bill. 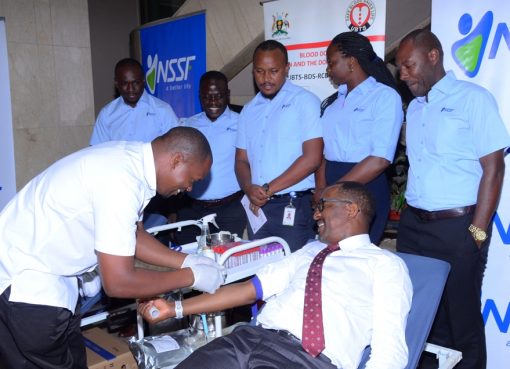