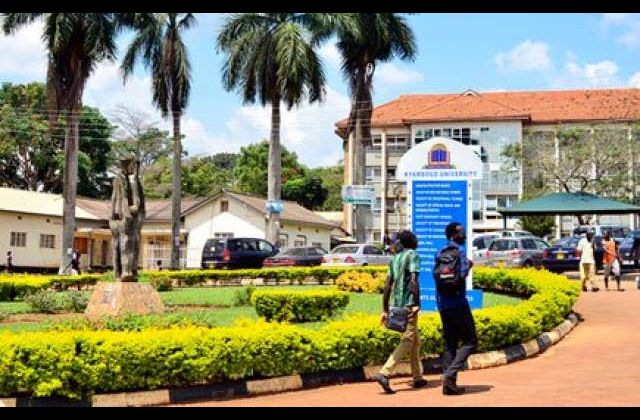 A cloud of grief and shock is hovering over Kyambogo University in Banda after a third year student was found dead, locked in a house.

Janat Agayo, 23, was discovered dead on Monday October 14th and is believed to have been murdered.

Reports indicate that the victim had recently given birth and dumped a 3-week old baby at her boyfriend’s place, an act that caused an altercation between the two lovers.

Further reports indicate that Ms. Agayo was in love with another man identified as Godfrey Onongo who she moved in with after leaving the toddler with her ex, Justin Opedun.

But The Tower Post cannot independently verify these assertions.

Police says that on Sunday, Agayo and Onongo (current boyfriend) had a misunderstanding, which they believe could have led to the gruesome murder.

“It is alleged that Agayo has been dating the two men at the same time, and it is believed that the baby belongs to Opedun,” Luke Owoyesigire, the Kampala Metropolitan Police spokesperson said in a statement released on Monday.

After Agayo had abandoned the child at Opedun’s house, he went to Kinawataka Police Station and opened up a case of child desertion under vide Kinawataka SD ref 33/11/10/19.

According to Police, Onongo, the suspect, is believed to have sent a text message to one of Agayo’s sisters, informing her that the body was locked in his house.

“Relevant statements were recorded from witnesses, such as Agayo’s sister, neighbours of Onongo and other witnesses,” the Police said.