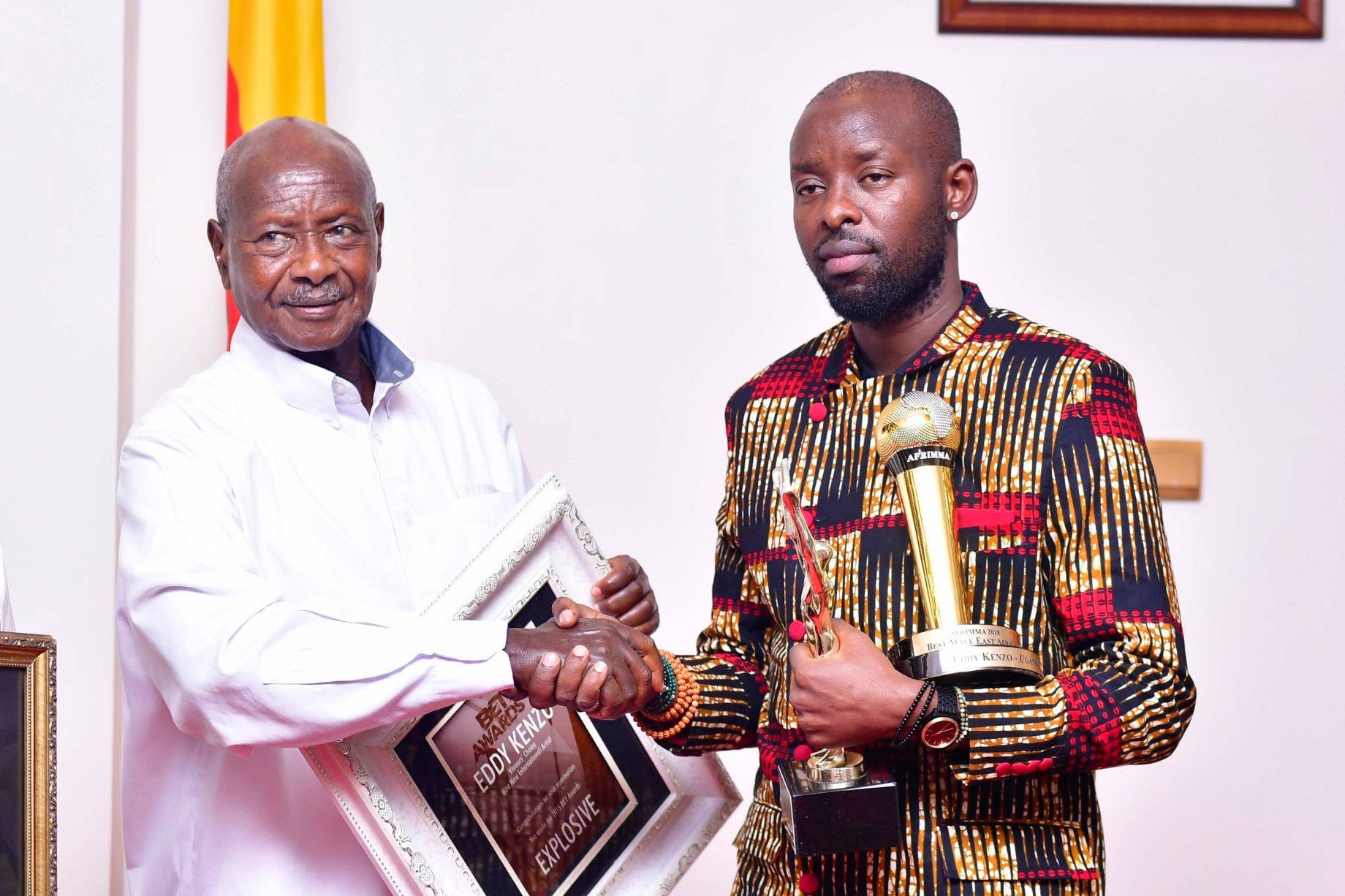 When Eddy Kenzo cried out for government’s intervention in the issues between him and Sheikh Muzaata, he most likely did not imagine he would catch the attention of the President.

In one of the Facebook live videos, Kenzo kept calling out the government, ‘Government where are you?” A hashtag an memes were extracted.

As if in response, President Museveni invited Eddy Kenzo to State House on Monday, an invite the singer honored.

“HI guys!! Thank you for the hashtag, #weyayu. I have been invited by the head of state in recognition of my contribution to the country and Africa at large,” Kenzo announced on Monday before going to meet the President the same day.

According to the presidential press secretary, Don Wanyama Vincent, Kenzo had a fruitful discussion with the president. “The musician shared the story of his life with the President, who said the government will offer more support to the artistes,” Wanyama posted on his wall.

Few weeks ago, Sheikh Muzaata directed harsh remarks at Kenzo calling him names and telling him to ‘go and marry his mother’

Madly offended, Kenzo started a protest and while at it he expected everyone to be behind him by condemning Muzaata.

Kenzo had threatened to quit music if Muzaata did not apologize or if the powers that be in the country did not force him to. He was running riot not only because Muzaata had offended him but also because he felt he was not appreciated enough by his country.